A petty Argentinian criminal undergoes a fortuitous change of identity 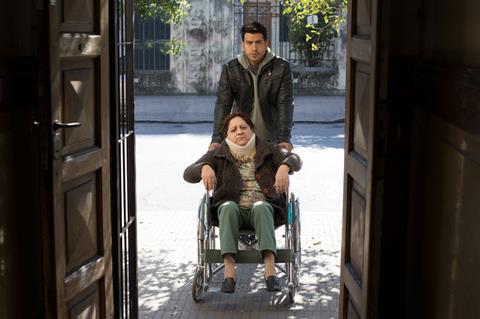 English translations don’t always best catch the tone of a film. Apart from its unfortunate touch of innuendo, the title The Snatch Thief doesn’t quite have the grandeur of the Spanish original,  El Motoarrebatador, which actually evokes the sound of a motorcycle revving up. The film’s opening shot, of two dark-helmeted figures poised for action on the back of a bike, suggests that we’re in for something like a Latin American version of The Wild One. But the suggestion is misleading and ironic – this Argentinian drama with comic touches is more like The Mild One.

It’s also a fine solo outing for director Agustín Toscano, who made his debut directing in tandem with Ezequiel Radusky on 2013’s The Owners. This quietly controlled, distinctive piece is a minor piece with some major charms and should travel widely, on two wheels or otherwise.

The snatcher in question is Miguel (Prina), an unemployed early-middle-aged man living in the Argentinian city of Tucumán, Toscano’s own home territory. Times are tough, looting is endemic and the local police are on strike, so these seem suitable conditions for Miguel to pursue his career of petty crime – snatching valuables from the back of his motorbike, with him driving and his partner Colorao (Daniel Elias), translated in the subtitles as ‘Ginge’, doing the actual grabbing.

The one job we see them pull, at the start of the film, goes badly, as elderly victim Elena (Liliana Juárez) is dragged behind their bike and ends up in hospital. Miguel and Colorao divide up the loot, Miguel hiding his share on his dad’s country farm. He then returns to the city, only for his disaffected girlfriend Antonella (Camila Plaate), mother of their young son Léon (Léon Zelarrayán) to boot him out unceremoniously.

Miguel, meanwhile, has anxiously searched for Elena in the city’s hospitals and, posing as her lodger, found himself accepted both by a sympathetic female doctor and by her patient, who has lost her memory. Miguel, now homeless, takes the opportunity to move into Elena’s house, along with Léon, and ends up becoming the person closest to the old lady. But, with Colorao hovering, there’s only so long that his deception can last.

If there’s one problem with The Snatch Thief, it’s an unevenness of tone. It’s not so much that the film starts out like a gritty thriller before becoming a wry comedy of assumed identity, later turning dark again. It’s more that Toscano doesn’t always trust to his own cool, detached style – which always provides a superb frame for the acting – and sometimes slips into unsubtle touches of expressionism, notably with Dutch angles in the photography and too-insistent Morricone-Goes-Mexican style guitar flourishes on the soundtrack.

The film is most effective when focusing on the sheer awkwardness of the abject but ultimately likeable Miguel, who’s anything but a desperado and whose lies about knowing Elena simply end up carving him out a new identity as her surrogate nephew. It’s a superb depiction of gauche confusion from Prina, also seen in The Owners, while Juárez is also terrific as Elena, perplexed and cantankerous at first, but increasingly accepting of Miguel – and to increasingly comic effect.