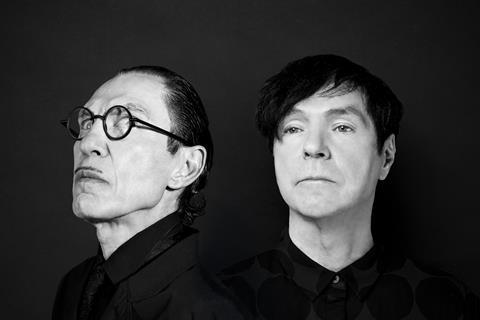 Edgar Wright’s love letter to the cult rock band Sparks makes a persuasive case for this perpetually under-the-radar duo but, more crucially, champions their bracing insistence on being true to themselves. The Sparks Brothers is an excellent introduction to brothers Ron and Russell Mael, providing a breezy tour through their 50-year career without overselling their cultural significance or quirky mystique. Accentuated by smart insights from collaborators, celebrity fans and fellow musicians, the documentary is as deeply affectionate as Sparks’ songs are catchy and offbeat.

The Sparks Brothers has already screened as part of Sundance and Hot Docs, with a US release planned for June 18 and a UK rollout set for the end of July. This is Wright’s first documentary, with Beck, Flea (from Red Hot Chili Peppers) and Taylor Swift producer Jack Antonoff among the famous talking heads extolling the virtues of a band many may only be vaguely familiar with — although Sparks’ profile may rise very soon once Leos Carax’s much-anticipated musical Annette, which the brothers wrote and scored, unveils as the opening night film of this year’s Cannes.

Now in their 70s, Ron (keyboardist and principal songwriter) and Russell (vocalist) step in front of Wright’s camera to look back at their lives, recalling their youth growing up in Southern California while falling under the sway of early rock ’n’ roll. Going album by album, The Sparks Brothers explores how the Maels have dabbled in everything from theatrical glam rock to electronic dance music, tweaking genre conventions and offering acerbic lyrics full of bizarre scenarios. More than once, Sparks proved too odd for the mainstream, constantly reinventing themselves based on their evolving aesthetic interests rather than conforming to trends.

The challenge in making a documentary like this is to avoid trying to match the band’s hip factor, potentially resulting in a film that’s so self-consciously cool that it turns off anyone not already on board. Thankfully, despite a few irritatingly cutesy digressions, Wright largely stays out of the way, letting his adoration for Sparks shine through by presenting their story as straightforwardly as possible.

With their sharp suits and laconic manner — not to mention older brother Ron’s peculiar pencil moustache — Sparks still enjoy cultivating an air of mystery, revealing little of their creative process and even less about their personal lives. And yet, there’s a clear warmth in their reminiscences, which is complemented by admiring observations from other interviewees — including a few comedians, a testament to the songs’ witty undercurrents. Where other rock documentaries strain to turn their little-known groups into a bigger deal, The Sparks Brothers seems quite content celebrating Sparks as a band with a very specific niche, inviting viewers into their orbit through a generous helping of terrific songs such as ’The Number One Song In Heaven’ and ’When Do I Get To Sing ‘My Way’. The fact that a track like ’Girl From Germany’ has a sting in its tail — it’s a satirical look at a guy bringing his German girlfriend home to meet his Jewish parents after World War II — only accentuates the group’s cheeky appeal.

The Maels’ producers, managers and bandmates superbly flesh out the brothers’ mindset as Sparks shape-shifted over the decades. Whatever the previous Sparks album sounded like, fans could bet that the next record would be very different, and The Sparks Brothers presents the group’s journey as an exciting adventure, even when the experiments fell flat on their face. (The documentary doesn’t ignore misfires such as 1984’s Pulling Rabbits Out Of A Hat.) But Wright’s talking heads convincingly argue that the failures and triumphs were all born from the Maels’ relentless impulse to trust their own instincts and not worry about the commercial repercussions. Even during fallow periods, Sparks’ wry sense of humour — wonderfully embodied in punny album titles such as Kimono My House — and skill for crafting inventive music never deserted them for long.

Running 140 minutes, the picture drags during its final stretches once Wright goes for a feel-good, somewhat sentimental ending. While it’s cheering to hear how respected Ron and Russell Mael are — and what nice guys they seem to be — The Sparks Brothers could have benefited from more probing into their interpersonal dynamics. When one commentator notes how fascinating it is that charming dreamboat Russell has spent his life singing socially awkward Ron’s self-doubting material, it hints at the kind of critical analysis that would have made the documentary even more revelatory. Nevertheless, The Sparks Brothers marvellously honours a band that continues to proudly do its own thing — perhaps not knowing all their secrets is part of what makes them remain so beguiling.