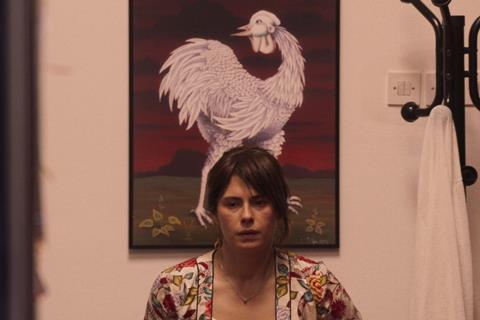 A school counsellor endures some traumatic personal lessons in Croatian writer-director Sonja Tarokic’s rough-edged but modestly promising feature debut The Staffroom. World premiering in the main competition at Karlovy Vary, it betrays the filmmaker’s inexperience by ill-advisedly sprawling beyond the two-hour mark as it illustrates how teachers can rival their pupils in terms of immaturity, pettiness and emotional volatility. In loco parentis, with the emphasis on the “loco.”

A lively and stylistically bold enterprise

Built around a solid, engaging central performance by Marina Redzepovic as idealistic Anamarija, and featuring an outstanding supporting turn by veteran Stojan Matavulj as an idiosyncratic veteran pedagogue of highly unorthodox methods and habits, this is a lively and stylistically bold enterprise with particular appeal for festivals and platforms favouring emerging European talents.

Tarokic made some stir between 2010 and 2014 via a handful of shorts — starting with Pametnice, created in collaboration with Hana Jusic (who went on to considerable acclaim with her feature debut, 2016’s Quit Staring At My Plate) — and culminating with On Shaky Ground, which starred Matavulj. In The Staffroom the experienced, bearishly-built actor is truly magnetic as Sinisa, a bluff-seeming but enigmatically complex and learned chap in late middle age who exudes an authentic miasma of world-weary cynicism.

In what emerges as the main strand of the film’s numerous plots and subplots, Anamarija is at first bemused then appalled by what she sees as Sinisa’s lack of professionalism. Her reaction leads her into conflict not only with Sinisa, but also several of her colleagues on the staff — some of whom resent the incursion of a pupil counsellor onto what they see as their own pedagogical terrain. Anamarija’s rectitude increasingly tests the patience of imperious and long-serving school head Vedrana (Nives Ivankovic), whose contract is up for imminent renewal.

Anamarija thus finds herself unwittingly enmeshed in various political and interpersonal entanglements, pushing her sometimes fragile mental state towards the breaking point. One mention is made of Anamarija suffering migraines very early on, but only one — Tarokic nevertheless heavily emphasises the acute stress suffered by her protagonist via the soundtrack by Borna Buljevic (who also handles editing duties), a multilayered cacophony of punchy percussion which is amped up to deliberately taxing levels every 15 minutes or so.

The repetition of such techniques means that, over the course of two full hours, diminishing returns sets in fairly quickly; there’s a sense that Tarokic, while clearly talented in terms of developing character and situations, has a limited directorial toolbox at her disposal. Aiming rather high on her debut, she seeks and occasionally reaches an Altmanesque kind of controlled looseness — overlapping dialogue, ever-roving widescreen camera and frequent use of slow zooms immerse us in the claustrophobic confines of this highly dysfunctional workplace.

“Who’s in charge? Whose show is this?” someone remarks during the climactic and chaotic school play (a performance which sets up the tart and highly satisfying final seconds), and this appeal can be applied to the whole institution — most of whose problems, Tarokic suggests, emanate from chronic mismanagement at the very top. With the school operating as a microcosm of wider society, more general conclusions can also be drawn — rather than The Staffroom solely functioning (as it certainly does) as a withering indictment of the current Croatian education system.