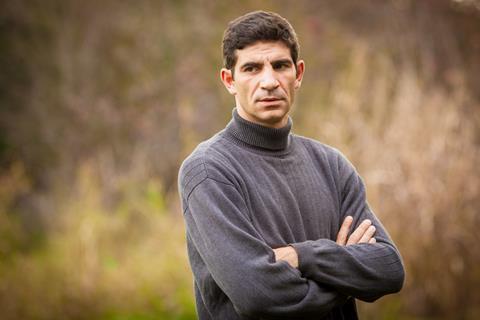 Corneliu Porumboiu’s deceptively innocent morality tale The Treasure was apparently inspired by a real-life event and also, most likely, by the classic folktale of two brothers digging up the garden they inherited for a mysterious fortune. It is bound to delight some audiences, puzzle others and generate plenty of arguments while still managing to look entirely different from any other festival film.

The Treasure once again demonstrates that even though there is little chance of his breaking down the doors of your next door multiplex, Porumboiu is certainly one of the most original filmmakers to emerge in the recent past.

Seemingly the simplest, at times almost bland, type of picture imaginable, The Treasure was shot with a digital camera, despite everything Porumboiu had to say against it in an earlier picture, Metabolism (When Evening Falls on Bucharest). Here, he once again leads his audience into believing they know exactly what is in store for them, then turns the tables as if it was the most natural thing to do, leaving viewers in wonder at all the treasure they found under the surface.

The plot couldn’t be more essential. Costi (Cuzin Toma) is approached for a loan by his neighbour Adrian (Adrian Purcarescu), who is badly in need of some hard cash to pay his debts. Married and the father of a six-year old, Costi has to turn him down, but when Adrian comes back to explain that he needs the money to get hold of a metal detector and check the garden of his forefather’s village home for a fortune that might have been hidden there, Costi can’t resist the temptation. He may not need the money as badly as Adrian, but the pull of gold is too strong to deny.

The couple hires the services of an older man, Cornel (Corneliu Cozmei), who seems nonplussed by the detecting equipment he is supposed to operate, and together they spend a whole day and part of the night looking for what might be hidden deep under the earth – and, much more than that, digging into their own pasts, presents, desires and options for the future.

Porumboiu is a minimalist who will never move the camera unless it is absolutely necessary, using plain unadorned, un-movie-like backgrounds, and directing his actors to underplay their roles to the point where the film looks no longer like fiction but an everyday occurrence caught on the sly by the camera. This would suggest at times a sort of hyper-realism which is belied by the script’s refusal in the second half to commit to movie rules and expectations. The Treasure goes its own way with the help of elliptical cuts that drive it over every predictable obstacle, while introducing subtle observations, not only on the way Romanians look back at their past records and measure up to their present, but also on the way they educate their children and how they respect the law.

All these are indeed recurring themes in all of Porumboiu’s pictures, but he manages each time to put them under a different light (and light is terribly important in this instance). The Treasure once again demonstrates that even though there is little chance of his breaking down the doors of your next door multiplex, Porumboiu is certainly one of the most original filmmakers to emerge in the recent past.