‘This Stolen Country Of Mine’: CPH:DOX Review

Award-winning documentarian Marc Wiese returns to CPH:DOX with an urgent doc on the battle between corrupt politicians and eco-warriors in Ecuador 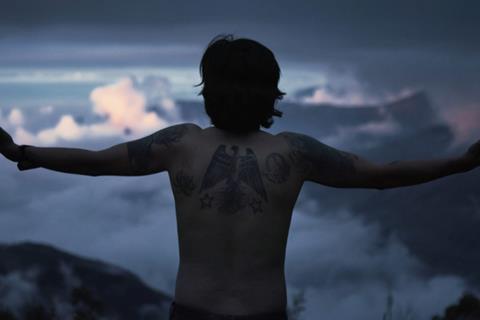 ‘This Stolen Country Of Mine’

A corrupt president, an opportunistic political regime, and an insolvent country: the plight of Ecuador from 2007 onwards meant that it took on huge and costly loans from China, one condition of which was a raft of contracts signed with Chinese companies. Ecuador lost control of key industries, including oil, mining, infrastructure and concessions. ”We’ve been colonised,” said investigative journalist Fernando Villavicencio. “Again.” Using a combination of interviews, archive and heart-stopping frontline filmmaking, Marc Wiese follows the twin-pronged civil assault against the plundering of Ecuador, through the reporting of the dogged Villavicencio and through grass roots rebellions by the communities whose lands are being appropriated. There is much to cover and the film, which favours an observational approach with occasional titles, is not always easy to follow. But what it at times loses in clarity is made up for in impactful, on-the-ground urgency.

Ecuador is, the film argues, a country worth fighting for.

Wiese returns to CPH:DOX having won the F:ACT Award in 2020 with We Hold The Line, another account of a courageous investigative journalist standing up to corrupt political forces, in this case President Rodrigo Duterte of the Philippines. The pandemic rather hindered that film’s festival run, although it did screen at the Moscow International Film Festival, where it took home an Award for Artistic Excellence. This Stolen Country Of Mine should fare better on the festival circuit, particularly in documentary themed events, and will likely follow We Hold The Line to a VOD or streaming platform release later on.

Ecuador is, the film argues, a country worth fighting for. To a pensive score of drifting cello, the camera pans across a breathtaking mountain vista. Two men are silhouetted against this backdrop: one, shirtless, his back tattooed with an eagle, prays to “the great spirit” and the guardians of the mountain to carry him through the struggle to come. He is Paul Jarrin Mosquera, a romantic figure with something of the dashing charisma of the young Che Guevara. Mosquera is one of the leaders of a rebellion by villagers of Rio Blanco and San Pedro de Yumate in the Andes. His actions, it soon becomes clear, have put him in the sights of the authorities and the police. A nerve-wracking early sequence, filmed from the back of a car, shows a tense encounter with police in armoured vehicles, culminating with Mosquerra being hauled away. They broke his glasses and smashed his phone, he later reveals upon his release. He frets over the phone: “I hope it’s totally broken.” It contains photographs and footage of his comrades in the struggle to protect the land and the water supply from destruction by the mining companies.

If Mosquerra is the charismatic face of dissent, Hernan Galarza is the stonily impassive man of action. Are you prepared to use a weapon? asks the filmmaker. Galarza answers curtly in the affirmative. Meanwhile, in Quito, the capital city, Fernando Villavicencio explains the background to the Chinese move on the country’s natural resources before recalling his own run-in with the authorities. After his home was raided in 2013, Villavicencio escaped with the help of a community of indigenous people in the rainforest. But rather than flee to the US, where he had an offer of a job, he returned to Ecuador to continue his investigation into the then president, Rafael Correa. His work paid off, forming part of the case brought against Correa which resulted in an eight-year prison sentence. It is a moment of triumph in this stirring underdog story.

But, as the film cautions, there is still a great deal of damage left to be undone.