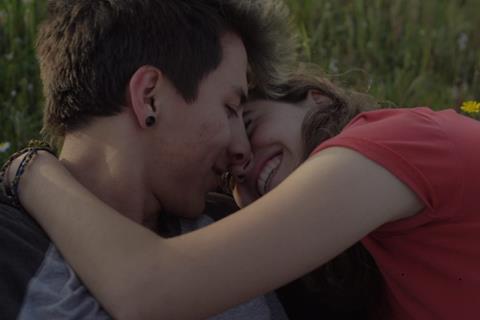 Teenage life remains a perennial hot topic for cinema, always intriguing with its sense of individuals and groups perched on the edge of the unknown – as suggested by the title of one such documentary of 2021, Cusp. Spanish feature Who’s Stopping Us balances on its own cusp – between documentary and fiction – and can certainly be congratulated on going the extra mile, with a nearly four-hour running time and five-year production period.

These youths generally seem fairly conventional in their outlook

This hybrid venture by Jonás Trueba (The August Virgin) announces itself at the start as ‘immersive’, although it’s a moot point whether it’s finally as immersive for audiences as it must have been for the young participants. Not as revelatory as it intends, this is an only intermittently fascinating watch, an over-extended experiment that doesn’t quite hold its own against 21st-century cinema’s more incisive portraits of youth – like Laurent Cantet’s 2008 The Class, which attempts a similar ensemble study. With material already screened as individual mini-features in 2018, Trueba’s film is likely to draw attention on domestic release in October, following its San Sebastián bow. But it’s hard to imagine it resonating more widely, except in festivals with a strong youth focus, where its length may prove problematic.

Including two five-minute intermissions signalled on title cards, the film – shot between 2016 and 2021 – is essentially a documentary on a fairly large group of Madrid high schoolers, following them from mid-teens to their early 20s. The film begins with the director’s Zoom call with a handful of subjects, who are delighted that that the film is at last complete, but visibly startled to hear about its length. The first of a series of chapters begins in 2016 with a workshop session, with students devising scenarios to work on.

Other documentary sections have students in twos or threes interviewed about their lives and aspirations, or in larger ‘mediation’ sessions at school. Some of them provoke confessions from each other a in a game of ‘Never have I ever…’. – one of the film’s sequences that seems impromptu and is documentary in feel, although the camera’s presence suggests a strong degree of staging.

Two sections stand out as self-contained fictions. One depicts the romance of 15-year-old Candela Recio with an older boy, Silvio Aguilar; after they meet hanging out in Madrid, he makes an impulsive visit to her family home in the countryside of Extremadura, clinching their relationship by rowing across the border into Portugal. This episode is accompanied by omniscient voice-over commentary on Candela’s feelings from other teenagers and, apparently, from Trueba. The same goes for a section in which Pablo Hoyos, seen throughout as a shy loner experiencing acute alienation, makes a connection with Rony-Michelle Pinzaru – one of several kids here from Romanian immigrant families - on a school trip to Andalucia.

These two extended sections form the narrative hub of the film, although the shift from documentary to fiction featuring real people isn’t quite as productively unsettling as in, say, similar experiments by Miguel Gomes. The shift is perhaps less startling than it might be, given that the participants often explicitly remind us and themselves, “We’re fictional characters” – a line in the title song by the late Rafael Berrio.

Certain participants stand out strongly: Recio and Hoyos in particular, whom we’re told have previous experience as actors (in fact, in Trueba’s 2016 La Reconquista). And while Recio has a fiercely charismatic glamour – developing from ingenue coyness to emerge in a late concert sequence as a ferocious punk drummer – what’s striking about most of the students is how ordinary and often awkward they are.Many have a shambling, acne-fied realness, and the particular brand of teen rebellion they espouse is of a time-honoured grunge/punk/hippie variety. They all, in different ways, seem predominantly representative of the overall group, with only a few standing out as highly individual: notably Pablo Javier, an ironising joker with occasional Kurt Cobain hair; and Javier Sanchez, who presents himself as split down the middle, like Batman villain Two-Face, hair half dyed, half a beard, shirts made of two materials.

In an era when teenage life in the West is reportedly all about political and gender radicalism, these youths generally seem fairly conventional in their outlook; their thoughts on the world and the difficulties of their generation might almost have been recorded at any time in the last few decades. You wonder whether, to achieve some overall consistency, Trueba has actually edited out any individually strong opinions about the environment, MeToo or BlackLivesMatter, while it’s surprising how little importance social media appears to have in these lives. There’s also arguably also a lack of ethnic diversity, although that may be to do with the particular school or schools that Trueba has chosen.

A climax is provided by the aforementioned concert, where the film’s more musically inclined subjects give different renditions of the title song: in punk, hard rock, and indie style (even these something of a muchness). The films ends with two over-extended codas, one a further Zoom call with the students talking about the finished film and their lockdown year, another showing them voting for the first time in 2019. It’s hard to know where they’re all headed, and it’s not apparent that any of them have quite been through seismic changes over their last five years. At the end, we wish them well for their futures, but this rather under-edited exercise doesn’t altogether leave us avid for further updates.