The International Rome Film Festival (Oct 28 - Nov 5) is an effective launchpad into the Italian market and is an  increasing industry draw. Sheri Jennings reports 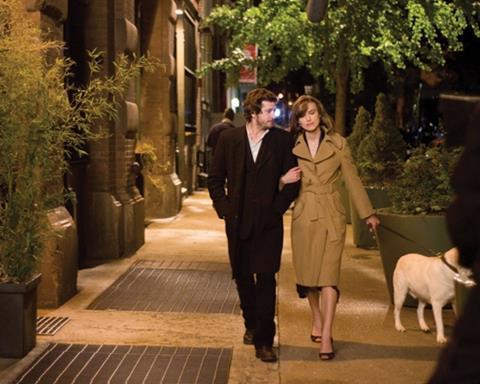 As it celebrates its fifth anniversary in 2010, the International Rome Film Festival is beginning to hit its stride. Launched in 2006 with a hefty $261,500 (€200,000) prize fund, Rome was initially seen as a threat to Venice. But the event is now settling into its own niche as a city festival, providing an effective launchpad for quality cinema into the Italian market and attracting international industry guests to its growing business events (see below).

Since its launch the festival has been committed to reaching out to Roman cinema-goers, which festival president Gian Luigi Rondi says is paying off “concretely” with 102,000 tickets sold in 2009. Meanwhile, the festival continues to expand its industry offering, with the Business Street market attracting 278 buyers and 90 sellers last year.

Rondi is enthusiastic about several special events he has organised with film lovers in mind. “For the fifty year anniversary of La Dolce Vita we have the joy of screening the world premier of the restored version from Martin Scorsese’s World Cinema Foundation.” Cineteca Bologna was also involved in the restoration.

He has made sure the festival reinforces its visibility around the city. For this edition Rome is awash with portraits of cinema icons – both Italian and international. “It seems to me the festival continues to develop concretely because the Rome public is so involved,” he says.

Rondi was careful to assure a line up tributes to film greats including a retrospective on the work of actor Ugo Tognazzi, twenty years after his death; an Akira Kurosawa retrospective that kicks off Rome’s “Japan Focus” with a high definition digital copy of Rashomon and which is accompanied by Kurosawa’s script supervisor Terayo Nogami. Also from Japan, Rome is hosting a tribute to the late animator, Satoshi Kon.

Finally, recently deceased screenwriter Suso Cecchi D’Amico, whom Rondi calls his “lifelong best friend”, will be given a special Marc’Aurelio in her memory.

Artistic director Piera Detassis says that, given the size of Rome, the event has the potential to grow further. “We are not Venice but we have a market. We have a town, an audience, hotels and restaurants.”

Rome unveils its official selection on October 7 and Detassis says the festival received double the submissions it did last year. “I am trying to put together quality and arthouse movies as well as star power, which I know is very important for the festival, for the red carpet and for the city,” she says.

She acknowledges that with the recession, it is a “transitional year for the Americans and North American productions in regards to film festivals. I am sure they will try to avoid launches at film festivals because it is too expensive.”

Titles already announced for Rome’s competition section include Massy Tadjedin’s Last Night, which will open the festival, as well as Love Crime, Alain ­Corneau’s last film, which screens in Rome after a Toronto premiere. Actor and director Sergio Castellitto will head the international jury.

Out of competition entries include Rabbit Hole by John Cameron Mitchell, while the latest in the popular Italian animation series, Winx Club 3D — Magic Adventure by Iginio Straffi, will run in the Alice In The City section for young people. Rome will also screen the world premiere of a restored La Dolce Vita from Martin Scorsese’s World ­Cinema Foundation.

For the industry, Rome is becoming a strong launchpad into the Italian market, with more than 2,000 Italian journalists attending last year’s edition. “Many Italian films chose Rome as their first option before Venice,” says Detassis. “So we were in the position to choose between the films which chose us.”

Local title The Man Who Will Come by Giorgio Diritti won the top audience-voted Golden Marc’Aurelio last year and subsequently grossed $1.7m (€1.3m) via Mikado. The Italian release of Radu Mihaileanu’s The Concert was also given a boost by a Rome berth last year: the film took $5m (€3.8m) for BIM Distribuzione earlier this year.

Rome’s central offerings for industry professionals are the Business Street, held mostly at Hotel Bernini Bristol, and the New Cinema Network (NCN) in the Marriott Grand Hotel Flora. Both hotels are on the Via Veneto.

The Business Street is a market event for buyers and sellers, and this year launches Industry Books, a mini editorial mart featuring 13 pre-selected new books still available for film rights.

NCN is a two-tier event designed to help producers and directors  access financing and forge co-productions. The Focus Europe section is aimed at furthering second films from directors whose debuts have made a splash, while its Focus International section, newly renamed NCN — Circuit, is becoming a popular co-production event.

New partnerships have been forged this year with the Sundance Institute’s Feature Film Program and with Screen Institute Beirut, a new fund for Lebanese productions. Hot projects coming to the Circuit through Sundance include Cockeyed, Ryan Knighton’s adaptation of his memoir, to be directed by Jodie Foster, and Lost actor Adewale Akinnuoye-Agbaje’s project Farming, about Nigerian immigrants in Britain in the 1960s.

NCN’s Focus Europe awards a $13,000 prize to a best film. Also new this year, Eurimages will give $39,000 co-production development funding to one project which must have at least two Eurimages member states involved as co-producers.