'Embrace Of The Serpent' director Ciro Guerra among CineMart winners

Embrace Of The Serpent director Ciro Guerra and We Are Young. We Are Strong. director Burhan Qurbani among winners. 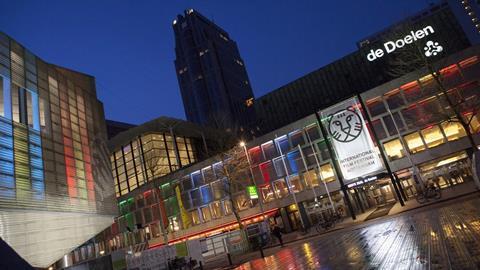 Projects from Germany, the Netherlands and Colombia have picked up awards at CineMart (Jan 31-Feb 3), the co-production market of International Film Festival Rotterdam (IFFR).

German production Berlin Alexanderplatz was awarded the Eurimages Co-Production Development Award of €20,000, which is given to a project presented by a European producer.

Directed by German filmmaker Burhan Qurbani, known for 2014 feature We Are Young. We Are Strong., his new films is produced by Sommerhaus Filmproduktion.

The story centres on friendship and betrayal between a Nigerian refugee and a German drug dealer in Berlin and is based on the eponymous book by Alfred Döblin.

A jury statement said: “The project gives us a new and relevant view on a classic piece. The talented director has already made several films about urgent and relevant topics, that currently affect all our countries. Here he will combine elements of genre film with more political and emotional layers, which makes it accessible for a younger audience. The project leads to an ideal co-production scenario and the money of this award will be well employed for casting and further development.”

Colombia’s Birds of Passage, the upcoming feature from Embrace Of The Serpent director Ciro Guerra, was awarded the €6,000 ARTE International Prize.

The film is set in the 1970s and tells the story of a mighty rainstorm that wreaks havoc in an arid region. Produced by Ciudad Lunar Producciones and Blond Indian Films, the shoot is planned for the first quarter of this year.

The jury said: “We decided to give the ARTE International Prize to a young South American filmmaker who has already produced a strong and convincing body of work. The project takes us into the heart of an indigenous community, a time and place never explored on screen.”

Directed by Christopher Radcliff and Lauren Wolkstein, the film is produced by Sébastien Aubert. The film centres on mysterious events that surround the travels of two brothers as they make their way across a remote American landscape. On the surface all seems normal, but what appears to be a simple vacation soon gives way to something more complex, dark, and potentially deadly.

On presenting the award, Fortissimo Films managing director Nelleke Driessen said: “The short film on which this film project is based, convinced the jury of the potential for the feature. We trust that the makers will succeed to translate this apparent simple story into an intriguing, multi layered psychological thriller.”

The announcements were made at the close of the 33rd edition (CineMart is the oldest event of its kind).

A total of 25 international projects were selected to participate in the four-day event, which received a major spike in the number of subsmissions according to organisers.

Head of industry and CineMart, Marit van den Elshout said: “This year’s line-up was exceptional and inspiring. I speak on behalf of the entire team when I say that we could not be more proud - we have seen so many great projects, and so many talented teams behind them, the winners really exemplify this.

“I am also pleased to say that we hosted multiple extremely well attended panels and conversations, discussing the current state and possible future of the cinema that we love and cherish in Rotterdam.”

The scheme is designed to boost the distribution of internationally co-produced films from Africa, Asia, Latin America, the Middle East and parts of Eastern Europe.

The first HBF+Europe Distribution grant of €20,000 has been awarded to Heretic Outreach from Greece to support the distribution of Babai by Visar Morina (Kosovo, Germany, Macedonia and France) in Greece, Bulgaria and Egypt.