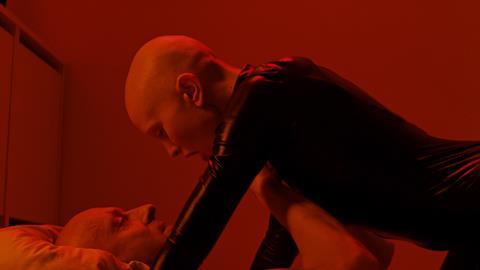 International Film Festival Rotterdam (IFFR) (25 Jan – 5 Feb) has announced the full line-up of its Bright Future programme, including the titles that will compete for the Bright Future Award.

Scroll down for the full lineup

The competition for the Bright Future Award 2017 consists of sixteen debut films, including Chinese documentary Children Are Not Afraid of Death, Children Are Afraid of Ghosts by Rong Guang Rong and Caroline Leone’s melancholy Brazilian road movie Pela Janela. Also competing are Belgian title Inside the Distance and German feature Self-Criticism Of A Bourgeois Dog.

The jury for the award will be made up of Italian film producer Marta Donzelli (Le Quattro Volte); Marleen Slot, Netherlands producer for Viking Film (Neon Bull) and chair of Film Producers Netherlands (FPN); and Jean-Pierre Rehm, director of the French film festival FID Marseille.

Outside of this competition, Bright Future also presents the premières of a number of second feature films by promising filmmakers.

Three dimensions of the same story in romantic Lisbon.

Struggling actress and bourgeois lady suddenly find themselves on the streets of hyper-tense Cairo.

After the suicide of four brothers and sisters, the filmmaker attempts to sneak into the mountain village where this tragedy took place.

Fiction feature dealing with racial and sexual diversity, the desire for freedom among LGBT youth and the possibility of encounters between socially distant people.

Captures Hannibal, Missouri, the birthplace of Mark Twain on the Mississippi River, where the North begins to drift into the American South.

Those who want to die seek refuge in a mysterious café in this feverishly strange Japanese debut.

I Am Truly a Drop of Sun on Earth, Elene Naveriani, Switzerland, international premiere

A prostitute in a run-down night club in ghostly Tbilisi meets a Nigerian migrant who came to Georgia by pure mistake.

Poetic documentary portraying Giorgi Shakhsuvarian, an Armenian boxing coach from Tbilisi. Living and working in Belgium, he prepares a young boxer to become a European champion.

Mes nuits feront écho / Still Night, Still Light, Sophie Goyette, Canada, international premiere
Across the Americas and Asia, three characters from different cultures and generations are at a turning point in their lives.

Rosália is a woman from São Paulo who has spent decades of her life working in a factory. One day, she is fired.

After learning that he has no sperm and can’t impregnate his wife, an Iranian man suffers an existential crisis.

Young filmmaker Julian, ironically played by Radlmaier himself, falls for a young expat and offers her the leading part in his wannabe Communist fairy tale film.

A horrible accident causes a tectonic shift between high school best friends, spinning them away in different directions.

After the attack on Charlie Hebdo’s office in Paris, Ivan, the frivolous son of a prominent Argentine journalist, embarks on a journey pursuing different geopolitical events around the world.

A chronicle about the search for love and the fight against oblivion.

Premieres in Bright Future (out of competition)

Jakob, the filmmaker, follows Paul from Cameroon on his risky trip to and across Europe; a journey that dramatically affects both of them.

Coming-of-age story about sensitive seventeen-year-old Lena whose enchanted teenage world is shattered by a horrific event.

In a series of vignettes, a partially handicapped man lives his days in anguish as he tries to find a way to leave Dhaka.

Can history’s art manifestos apply to contemporary society? A series of re-enactments – all performed by Cate Blanchett – explores the performative components and political significance of these declarations.

A film about moments of affection and maternal protection, blurred family ties and labour injustices.

A cult classic in the making, the debut feature by this Japanese newcomer mixes exquisite animation and ghostly folklore in atmospheric, surreal comedy.

Shot in the forest of the southern Philippines, fiction film follows an indigenous Matigsalog family whose lifestyle is threatened by a lack of food and the encroaching lifestyle of a neighbouring tribe.

In the heat of the Croatian summer, a brief excursion to a monastery turns into an allegorical journey into the unknown.

A small village in Eastern Sri Lanka, 1989. After her husband is murdered by a paramilitary group, Kusum has a struggle on her hands to look after her mother-in-law and eight children.

After the mysterious disappearance of his wife, Elon engages on a sleepless journey through the darkest places in the city, trying to figure out what may have happened to her.

Jonathan and Yesi are in love. They work for ‘Maestro Limpio’ in a trash truck. One day they find a dead man with a wad of cash. Their boss has a plan.

Global politics in a fairytale nutshell: the eternal struggle between the ruling elite and the underclass, condemned to ignorance.

Out There, Ito Takehiro, Japan / Taiwan

All the Cities of the North, Dane Komljen, Serbia / Bosnia and Herzegovina / Montenegro

By the Time It Gets Dark, Anocha Suwichakornpong, Thailand / Netherlands / France / Qatar

The Last of Us, Ala Eddine Slim, Tunisia