“Meet And Greet” is IFFR’s new initiative to allow the public and industry visitors to encounter filmmakers in an informal setting. 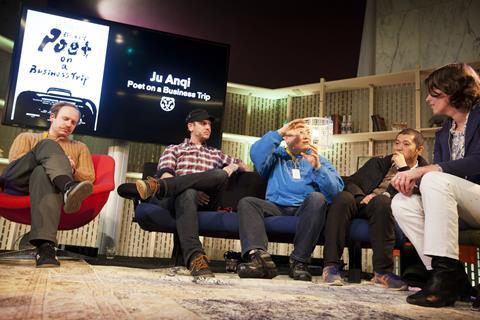 The idea falls somewhere between a social event and a mini press conference.

Ludmila Cvikova, a programmer at International Film Festival Rotterdam (IFFR) for many years and a former head of international programming at the Doha Film Institute, is overseeing the afternoon sessions, which take place at the bar in the corner of the Doelen, close to the box office, at around 4pm every day.

“The idea is to give a special attention to filmmakers who are bringing films as premieres to Rotterdam,” Cvikova explains.

Each afternoon, Cvikova interviews up to four directors on stage. The interviews are scheduled to be after the press and industry screenings - but before the public screenings - of these directors’ films. For journalists and industry delegates, it is an opportunity to ask questions about films they have seen. For the public, the event works as a “teaser.”

“I think it is a good idea. It is fresh and new. I think it could grow,” Cvikova says. She will ask the directors some general questions about their films and will then invite questions. Free wine is served and the event lasts for an hour.

Cvikova is trying to encourage Cinemart attendees to take short walk downstairs to attend. “It is totally different than when you see them (directors) at Q&As in the cinemas because there is this distance. Here, you ask questions or, after the sessions, sit in the bar and talk with them (the directors.) They are all fresh, new films.”