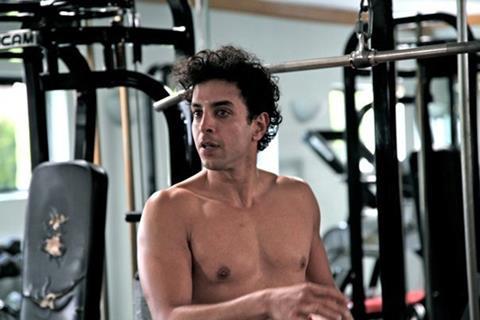 James Franco’s tantalising reenactment of the last few days of actor Sal Mineo, before he was murdered on February 12, 1976, veers between fascinating and frustrating, but certainly offers up an intriguing portrait of a man who had once been a major star and was on the cusp of kick-starting his career before his brutal death.

The film is clearly a low budget affair, and Franco papers over the budget issues by using a hand-held camera and shooting plenty of close-ups.

New Yorker Mineo had started as a child actor, and was 15 when he starred opposite James Dean in Rebel Without A Cause, for which they were both nominated for Oscars. He received a further nomination for his role in Exodus, but his career started to dip and he struggled to find work while in his twenties and early thirties. The film premiered at the Venice Film Festival.

Franco’s film picks up on Mineo – thoughtfully played by Val Lauren – as he is 37 and with things apparently set to turn around…he is starring in a Los Angeles play with plans to transfer to Broadway, and has also secured the money to direct a film.

The film shows Mineo working out in a gym, swimming with a friend, having a massage, discussing a recent gay relationship, and in rehearsals for his new play (starring alongside Kier Dullea, who Mineo criticises for his inability to remember his lines). It is all relatively mundane, until the moment when he parks his car one evening at his apartment and is stabbed death for no apparent reason.

The film is clearly a low budget affair, and Franco papers over the budget issues by using a hand-held camera and shooting plenty of close-ups (to avoid any contemporary images from sneaking into view), but at times lets his scenes run too long. This is especially true in a scene of Mineo in rehearsals for the play that drags on with its focus on acting craft rather than Mineo himself. Franco the editor needs a bit of a talking to by Franco the director.

The film is bookended with actual television news broadcasts reporting on the killing. Initially police say a blond haired man was seen running from scene, but in 1978 a young black man is arrested for Mineo’s murder. There is a brief bit of footage of Mineo discussing the scene in Rebel where he is dying and James Dean comforts him which acts as the perfect end to an intriguing – if perhaps a little too plodding and languid – real-life story.