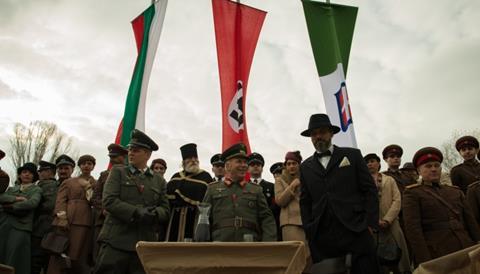 This year, the section will introduce the Audience Development & Innovation Lab (Aug 18-19) for regional exhibitors, organized in collaboration with Europa Cinemas.

The workshop will focus on programming, marketing, audience development and social media, and will be led by Duncan Carson, marketing, communications and events manager at the UK-based Independent Cinema Office (ICO).

The goal is to strengthen the network of regional cinemas and to provide a platform where they can share strengths, weaknesses and examples of best practices.

The public screenings of Avant Premieres include three new films, and a presentation of two episodes of a new Croatian TV series, which links to the CineLink Drama industry section.

Liberation Of Skopje, the directing debut of actor Rade Šerbedžija, co-directed with his son Danilo Šerbedžija (Seventy Two Days), is a Second World War epic based on a stage play by Dušan Jovanović, a benchmark of Yugoslav drama theatre.

It received its world premiere at the Pula Film Festival and Belgrade-based distributor MCF will present it to regional distributors and exhibitors.

Train Driver’s Diary is a tragic comedy about train drivers who inadvertently kill suicidees (between 20 and 30 people over the course of their careers).

Written and directed by Serbia’s Miloš Radović (Falling In The Paradise), and both starring and produced by one of the region’s biggest stars, Lazar Ristovski, the film had its world premiere at the Moscow Film Festival.

It is a co-production of Serbia’s Zillion Film and Croatia’s Interfilm, which recently collaborated on Zrinko Ogresta’s Berlinale Panorama title On The Other Side. It will be presented by Serbian distributor Art Vista.

ZG80 is a an action comedy about one of the greatest rivalries in football history - between Dinamo Zagreb’s fans Bad Blue Boys and Red Star Belgrade’s Delije, set just before the breakout of war in Yugoslavia.

It was produced by Croatia’s Kinoteka, and will be presented in Sarajevo by Zagreb distributor 2i Film, which will release it on Sept 1.

Avant Premieres will screen the first two episodes of TV series The Paper, directed by Croatia’s Dalibor Matanić, who won the Cannes Un Certain Regard Jury Prize last year for The High Sun.

It is a story of corruption and organized crime set in the circles of Croatian media industry, produced by Drugi Plan and Croatian national broadcaster HRT.