Director’s latest feature Remember to screen at Venice and Toronto. 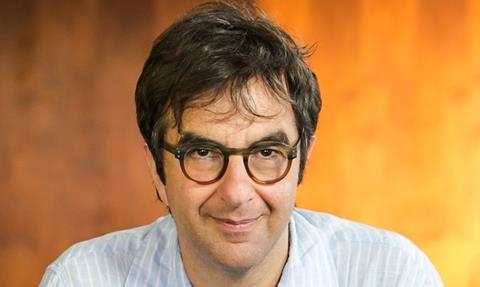 The Sarajevo Film Festival (Aug 14-22) is to pay tribute to Canadian director Atom Egoyan, who will receive Honorary Heart of Sarajevo for his contribution to film.

The festival will screen three of his films: Exotica (1994), set in and around a fictional strip club; Cannes award-winner The Sweet Hereafter (1997); and Ararat (2002), a drama about the Armenian genocide.

Egoyan, who was born to Armenian parents in Egypt but moved to Canada aged two, has directed more than a dozen features, several TV projects, and shorts.

Following critical acclaim and accolades for Exotica, The Sweet Hereafter and Ararat, his films of the past decade have included crime drama Where The Truth Lies, starring Colin Firth and Kevin Bacon; true crime drama Devil’s Knot, again with Firth and Reese Witherspoon; and thriller The Captive, starring Ryan Reynolds.

As previously announced, Benicio del Toro will also receive the Honorary Heart of Sarajevo Award and will attend this year’s festival to present his latest film, A Perfect Day.