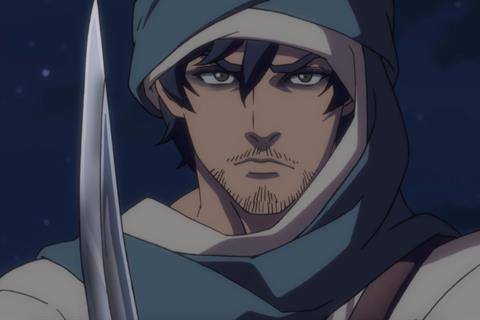 Shizuno Kobun’s The Journey is the first feature produced by the pioneering collaboration between Saudi Arabia’s Manga Productions and Japanese major Toei Animation.

Based on an epic tale drawn from the Arabian Peninsula and featuring the distinctive anime animation look, The Journey is emblematic of Manga Productions’ aims to create content for global audiences with international standards, support local talent and showcase the region, its people, and its culture. The company is a subsidiary under MiSK Foundation in Saudi Arabia.

Set 1,500 years ago, the film details the story of Aws and the people of Mecca who are forced to take up arms to liberate themselves and their city from enslavement by a ruthless general and prevent it from being destroyed.

“The Journey is a milestone project for Manga Productions, which since its start has been seeking to be a global pioneer in creative content,” says Essam Bukhary, CEO of Manga Productions (Saudi Arabia) and executive producer of The Journey.

Manga and Toei collaborated on the pre-production and creation of the story, character design and other assets with both Japanese and Saudi artists working together to bring the tale to life and screen.

“It is an example of the results of empowering Saudi talents and artists, and investing in their talents,” says Bukhary. “Young Saudi men and women were sent to be trained at Toei Animation studios [in Japan] and were recruited by Manga Productions to work on this film that is the result of Saudi creative content production in cooperation with international partners at the highest level.”

It was a fascinating and educational experience for the team at Toei Animation.

“It has been a great challenge for us as Japanese from the Far East to share in the history of ancient Arabia, which has completely different customs and cultures from ours,” explains Shimizu Shinji, chief advisor of Toei Animation and an executive producer on the project. “With the supervision and assistance of the Saudi team, we were able to collect the materials and ideas needed to prepare this film.”

The team discovered various cultural similarities. Shinji says he was happy to see the film’s heroes “fighting to protect the people they respect and love, as this is similar to the feelings of the Japanese people who respect and appreciate cooperation with others.”

The film is directed by celebrated animation director Shizuno Kobun, whose credits include Godzilla: City On The Edge of Battle. It marks the first time a Japanese director has worked on a movie in collaboration with Saudi Arabia. “It is a great honour to be able to make a Saudi movie,” says Kobun. “The movie fuses the cultures of the two countries from every side.”

The youthful Saudi team consisted of men and women aged between 23 and 36 while the Japanese team boasted big names from the industry with long and established careers. The mixture of ages, languages and techniques helped create a film that fuses the Saudi and Japanese spirit.

Manga has two branches — one in Riyadh and another in Tokyo — and both had teams working on this project with the Toei team in the Japanese capital.

The Journey is the latest in a long-standing relationship between Manga and Toei. Toei Animation participated in the MiSK Foundation Global Forum in 2017 before uniting to produce short film The Woodcutter’s Treasure and Future’s Folktales, the latter being broadcast in 2020 on more than 32 channels and platforms, reaching more than 100 million views.