Warner Bros.’ final instalment of the Potter franchise holds onto pole position ahead of Disney’s Cars 2. 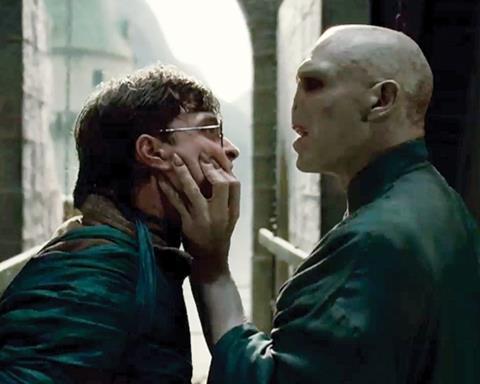 After its record-breaking opening weekend last week, Warner Bros.’ Harry Potter And The Deathly Hallows Part 2 continued to dominate in its second week, conjuring up a further $13.9m (£8.5m) to stand at a formidable $72.1m (£44.3m) so far. Astonishingly after just ten days in play, it is only $1.8m (£1.1m) off dethroning The King’s Speech as this year’s highest UK box office earner to date which it will do in the next day or two.

On top of that, it is ahead of every second weekend tally of the previous seven films in the series with last year’s Deathly Hallows Part 1 ten day total of $54.1m (£33.3m) the closest. It’s also this year’s best second weekend performance with the $7.8m (£4.8m) holdover of The Hangover Part II a distant second.

With the school summer holidays just starting to kick into gear, Philosopher’s Stone’s record of $107.6m (£66.1m) as the highest grossing Potter movie at the UK box office is looking increasingly fragile.

The honeymoon shows no sign of stopping for Universal’s Bridesmaids as it recorded a fifth straight £1m+ weekend, only the third film to do so this year following The King’s Speech and Tangled. It now stands at an impressive $29.9m (£18.4m) with The Hangover’s final tally of $36.0m (£22.1m) potentially within its reach.

Reliance’s Singham and Artificial Eye’s The Big Picture opened in 12th and 13th respectively after limited releases, the latter of which achieving the higher average at $3,525 (£2,165) from its 21 locations.

This week sees the arrival of Paramount’s Captain America: The First Avenger, hoping to emulate its North American success in toppling the mighty Potter from the number one spot. Local competition comes from Vertigo’s 3D family film Horrid Henry: The Movie which receives a saturation release, as does Sony’s Zookeeper. Optimum’s Arrietty, from Studio Ghibli, also launches.