ACTOR: Charlie Heaton has a slow-burning intensity that calls to mind River Phoenix, but with a punkish edge: it’s no surprise to learn that his first career — he’s only 21 — was as the drummer in rock band Comanechi. 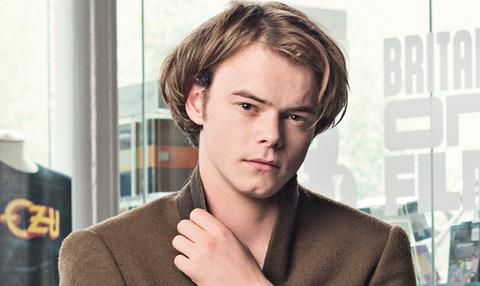 Behind the vibe, though, lies a charming lad from Bridlington, East Yorkshire, who is fiercely independent and already in demand.

“There’s a lot going on in his eyes,” says casting director Lucinda Syson, who found him for the role. “Sheer charisma and freshness — it was a very complicated role to cast and we needed a lot of dimensions, which he had.”

Moving to London to be with his father when he was 16, Heaton joined Comanechi for the band’s second album and toured the world for almost 18 months.

“It wasn’t glamorous,” he says. “We were roughing it and I got back and I was skint. My sister suggested I sign with an extras agency to earn some money. Eventually, I started thinking, ‘Maybe I can do something with this?’”

Heaton worked in a bar to pay his way to Los Angeles for pilot season; within three weeks he’d signed with Alex Yarosh at Gersh. Next up for Heaton is the US indie As A Friend and Netflix series Stranger Things.

“I had no idea what I was doing when I started, but sometimes that helps,” says Heaton. “I’ve had great feedback, and that builds your confidence; more than anything I know this is what I want to keep doing.”