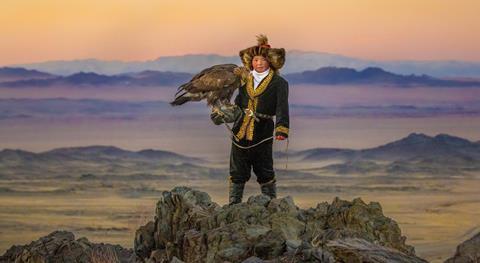 The film premiered in Sndance Kids and tells of a 13-year-old who becomes the first non-male eagle hunter in Mongolia.

Under the tutelage of her father and grandfather, the youngster enters the annual Golden Eagle Festival, where she competes against 70 male Eagle Hunters.

Aisholpan, the subject of the film, travelled more than 6,000 miles with her mother to attend the Park City festival.