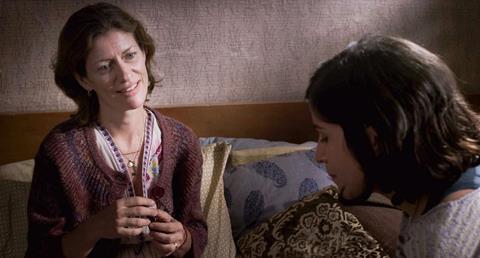 A gently absorbing tale of a young woman who finds herself part of eccentric one-parent family, The Amazing Catfish (Los insolitos peces gato) is a film of mixed blessings. A little pedestrian until it’s absorbing final half hour, its gentle quirkiness is at times just too lightweight to sustain its modest storyline, though it is driven by a strong lead performance by Ximena Ayala (who starred in Bad Habits).

The film’s more emotional final third is nicely sustained if rather familiar, and gently moving as the children fully come into their own.

In her debut film director Claudia Sainte-Luce attempts to charm and beguile audiences with her story of how Claudia (Ayala) slowly becomes part of a gently oddball family (a mixture of emotions and quirks rather than downright strangeness). She succeeds to a modest degree, through the film’s potential is likely more on the festival circuit rather than extensive theatrical distribution.

A slightly troubled loner, Claudia is taken to hospital with appendicitis and there she meets single-mother Martha (Lisa Owen) who is seriously ill. When both as discharged Martha offers Claudia the chance to live in the chaotic house where she lives with her three daughters Mariana (Andrea Baeza), Wendy (Wendy Guillen) Ale (Sonia Franco) and one younger son Armando (Alejandro Ramirez Munoz).

With Martha getting increasingly ill the film dwells on the different children and their attitudes and relationships, with some more interesting than others and some rather clichéd. The film’s more emotional final third is nicely sustained if rather familiar, and gently moving as the children fully come into their own. The screenplay may be rather modest, but where the film wins is in the strong cinematography by Agnes Godard.