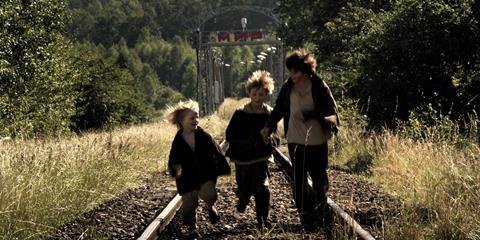 Dorota Kedzierzawska’s elegantly made drama looks at the world through the eyes of three impoverished Russian boys – or ‘young daredevils’ as one character dubs them – as they set off on a seemingly epic journey to cross the border into Poland and find a new life.

Tomorrow Will Be Better is undeniably a classy film, and should feature at festivals, especially those with a bias towards young people’s cinema.

Naïve and mischievous, and not beyond engaging in a little thievery along the way, their simple dream is to find a new life, and believe crossing the border – both literal and metaphorical – will let them achieve all the things they are missing…food, affection and hope. Tomorrow Will Be Better is undeniably a classy film, and should feature at festivals, especially those with a bias towards young people’s cinema.

Brother Vasya and Petya (played by real-life brothers Evgeny and Oleg Ryba) live in a railway station, but with young friend Lapya (Akhmed Sardalov) sneak aboard a train and stowaway as part of their plan to escape their county and their situation.

After abandoning the train they make their way across country – though a series of beautifully shot rural vistas, filmed stylishly by cinematographer/producer Artur Reinhart, who was DoP on Tristan & Isolde (2006) – encountering various people who help them on their trip.

They eventually find the border and manage to cross, making their way to the local police to seek help. A sympathetic border policeman (Stanislaw Soyka) wants to help, but discovers unless the children actually ask for asylum under their own volition he cannot help them.

Director/screenwriter Dorota Kedzierzawska, who has focused on disadvantaged children in previous films such as Crows and Devils, Devils, does a fine job in keeping the story childishly naïve and endearing, despite the bleakness of the children’s situation. Youngsters Evgeny and Oleg Ryba are impressive as the bickering but loyal brothers (united in their dreadful teeth…a look shared by many of the film’s characters), and while not the most accomplished of young actors they certainly do have the energy to convince in the roles.