Why 'Losing Sight Of Shore' can be a good thing 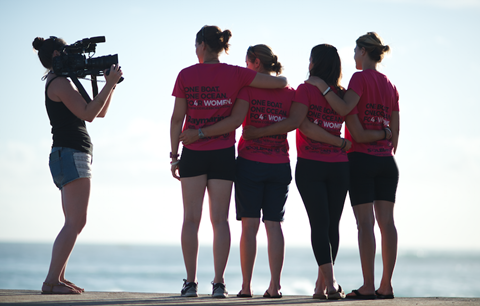 “It has just been a joy to follow their journey,” Moshman said. “Its about perseverance, friendship, courage and bravery. There is something about their story of how determined they are and it spoke to me.”

The women, aka The Coxless Crew, are on an 8,446-mile journey from San Francisco to Cairns in Australia to raise money for the charities Walking With The Wounded and Breast Cancer Care.

They are scheduled to complete their journey at the end of the year, when they will become the first team of four to row the Pacific Ocean in the quickest time without support.

Audra Smith and Courtney Smith are on board the project as executive producers and bring years of experience in unscripted television including CBS’ Undercover Boss, ABC’s Wipe Out and Wife Swap.

The documentary is scheduled for release in October 2016.