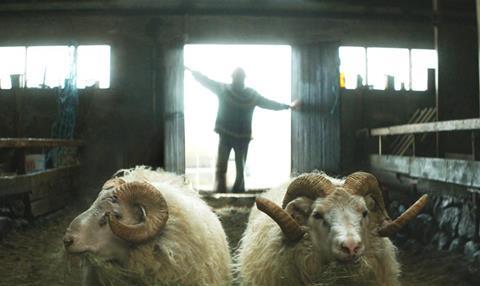 The film, about two estranged brothers who have to reunite to save their sheep during an outbreak of disease, is Iceland’s submission for the Oscars for Best Foreign-Language Film.

ZFF’s international jury, headed by Carol producer Elizabeth Carlson, awarded the title as well as a cash prize of more than $25,000 (CHF25,000).

It continues a strong festival run for Rams, which won the Un Certain Regard prize at Cannes in May before going on to screen at Karlovy Vary, Telluride and Toronto among others.

International sales are handled by New Europe Film Sales, which has sold the film to around 40 countries. Cohen Media Group handle US distribution.

The film, about three families who refuse to leave a village partially submerged by water in Mexico, previously won the audience award at SXSW in March.

The Focus: Switzerland, Germany, Austria prize, worth more than $20,000 (CHF20,000), went to Thank You For Bombing from Austrian film-maker Barbara Eder, which explores the behind-the-camera lives of three international war correspondents on assignment in Afghanistan.

The jury was headed by German producer and UFA Group co-CEO Nico Hofmann (The Physician).

Special mentions
Koudous Seihon (actor) in Mediterranea by Jonas Carpignano (Italy, France, US, Germany, Qatar)
Marielle Heller (director) for The Diary Of A Teenage Girl (US)

Thank You For Bombing by Barbara Eder (Austria)

The Swiss Association of Film Journalists (SVFJ) award their prize for Best Debut Feature Film in the Competition Section to
Pikadero by Ben Sharrock (Spain, UK)

Stefanie Klemm for Renatas Erwachen (Switzerland)
She receives a CHF5,000 cash prize and a further CHF25,000 for the development of her screenplay.