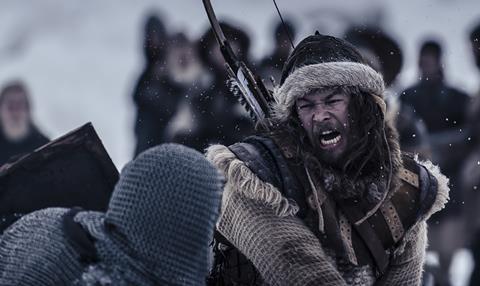 Directed Nils Gaup’s (Pathfinder), The Last King stars Jakob Oftebro (Kon-Tiki) and Kristofer Hivju (Game Of Thrones) as medieval warriors who embark on a perilous journey through the harsh Norwegian mountains to bring their dying King’s infant son to safety.

“The thrilling performances and high-stakes of this incredible true story will really resonate with audiences everywhere.”

Force Majeure and Tangerine distributor Magnolia is set to release in 2016.

Written by Ravn Laneskog and co-starring Thorbjorn Harr (Vikings) and Pal Sverre Hagen (Kon-Tiki), the film was produced by Stein B. Kvae and Finn Gjerdrum for Paradox Film 3 AS, co-produced by Nordisk Film, Newgrange Pictures Ltd. and Proton Cinema+Theatre with support from Norwegian Film Institute, Irish Film Board and Eurimages.

It was developed in collaboration with The Media Programme, Film3 and Midtnorsk Filmsenter. Norwegian release is set for February 12, 2016.