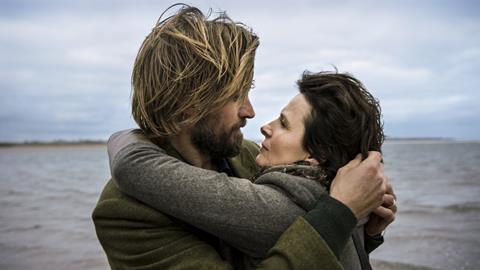 Binoche stars alongside Nikolaj Coster-Waldau as a war reporter torn between her job and her family.

The other big winner on the night was Eskil Vogt’s feature debut Blind which collected four awards, including Best Director and Best Actress (Ellen Dorrit Petersen).

Blind, about a woman coming to terms with blindness, previously took the World Cinema Scriptwriting award in Sundance and the Europa Cinemas Label in Berlin.

Televised by Norway’s TV2 and hosted by Norwegian actor Ingar Helge Gimle, the show marked the 30th anniversary of the Amanda awards, created by Norwegian director-producer Bente Erichsen, who was this year’s awards president.

“I had no idea what the Amanda awards would become – I knew what it should be then: a recognition of Norwegian filmmakers,” said Erichsen, who left film to become a theatre director, and since 2005 has been head of the Nobel Peace Center in Oslo.

“Although you cannot really compete within the arts, I like people being acknowledged for what they do. All other countries had this sort of prizes, and at the time neither audiences nor the industry were particularly proud of Norwegian cinema, so self confidence was needed.”