The 2016 Golden Globe Awards belonged to The Revenant and The Martian on Sunday while two of the most nominated films at the start of the night left the Beverly Hilton empty-handed. 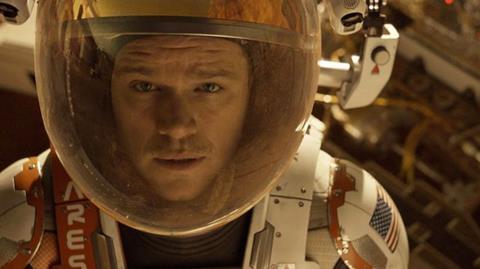 The Hollywood Foreign Press Association (HFPA) chose not to recognise Carol or The Big Short at its annual celebration.

Leonardo DiCaprio won best dramatic actor for The Revenant. He has won the Globe twice before but never claimed an Oscar despite four career nominations.

This feels like DiCaprio’s year presuming he will, as seems likely, earn a nod on Thursday when the Oscar nominations are announced. The HFPA’s best musical or comedy actor winner Matt Damon from The Martian, Michael Fassbender from Steve Jobs and Bryan Cranston from Trumbo are likely to supply the stiffest competition.

While the HFPA’s choices are not an especially robust Academy Awards bellwether because of the disparity in size of each group’s voting constituencies – some 89 compared to roughly 6,000 – there is often overlap because the HFPA splits its film and lead acting categories and is able to select so many nominees.

However, this year there seems to be a genuine meeting of the minds between HFPA and Academy voters in their admiration for The Revenant and The Martian, while Carol has struggled to gain meaningful popularity.

Todd Haynes’ film began the night as the most nominated film with five nods, which had felt like a timely shot in the arm for its awards season fortunes when the nominations were announced in December.

Yet its failure to translate five nominations into a single prize has thrown its prospects into sharp relief. The drama will earn Oscar nominations on Thursday, but the reality is it now faces an uphill battle to overtake other likely contenders in the Academy contest.

Carol stands little chance of winning the best picture category against the likes of The Revenant or The Martian and will struggle against other films Academy voters are known to love such as Spotlight and Mad Max: Fury Road.

The Big Short, another Globes shut-out despite four nominations, is also well-liked by Academy voters and its campaign has time to gather more steam before final polls close on February 23 ahead of the 88th annual Academy Awards five days later.

Room star Brie Larson’s Oscar prospects feel even more rock-solid after victory in the HFPA’s dramatic actress category on Sunday against Carol’s Cate Blanchett and Saoirse Ronan from Brooklyn. Jennifer Lawrence, Sunday’s musical or comedy winner for Joy, could well figure in the Oscar race too.

Kate Winslet’s supporting actress win for Steve Jobs gave her a boost but the Oscar competition will be tougher as she will likely be thrown into the mix on Thursday with Rooney Mara – Carol’s strongest Academy Awards prospect – and Jennifer Jason Leigh from The Hateful Eight.

Sylvester Stallone is the Globe winner for Creed and must now be the one to beat. Academy voters who have spoken to ScreenDaily also like Stallone’s performance. Idris Elba from Beasts of No Nation and Mark Rylance from Bridge Of Spies have also delivered highly regarded performances.

The best director Oscar contest comes down to Alejandro G Iñárritu for The Revenant and Ridley Scott for The Martian and is tough to call. The Mexican filmmaker was Sunday’s Globe victor and claimed the Oscar last year for Birdman.

Two other Globe winners feel like shoo-ins for Oscar glory. Hungary’s Son Of Saul has been the Academy Awards frontrunner since it premiered in Cannes last summer while Inside Out is the one to beat in a talented pool of animated contenders.