Emmanuel Lubezki on the gruelling shoot of 'The Revenant' 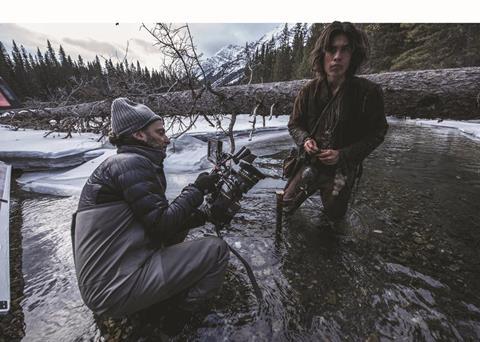 An acknowledged master of light, as evidenced by his work with Terrence Malick on The New World, and Tree Of Life, Mexican cinematographer Emmanuel Lubezki has also proven himself a virtuoso of the digital age, having won back-to-back Oscars for his stellar computer-enhanced lensing on Gravity and Birdman — the latter for director Alejandro Gonzalez Inarritu with whom he again collaborated on The Revenant.

Adapted in part from the novel by Michael Punke, and based on true events, The Revenant is the story of Hugh Glass, played by Leonardo DiCaprio, a frontiersman in 1820s America. Following a horrific grizzly-bear attack, he is left for dead by his fur-trapper party, but, against all the odds, he survives to wreak revenge on those who wronged him. Shot in remote parts of the Canadian wilderness and southern Argentina, The Revenant is a wholly immersive experience, Lubezki’s camera capturing images of breathtaking, Malick-esque beauty as well as scenes of horrific violence that cut to the emotional core of Glass’s plight, forcing the audience to endure his ordeal and subsequent journey in as realistic and naturalistic a manner as possible.

“When Alejandro first approached me about this, he told me how important it was to make a very immersive movie, a very visceral movie, how he wanted it to be more complex than just a revenge movie,” says Lubezki.

“It was much more important to get the audience immersed in the world of these men in a way we haven’t experienced in other movies. To feel all these different emotions Glass is feeling as he goes through this journey. So when you see Leo coming out of a river, you see the ice flowing, you see the steam and his breath, and his hands almost frozen. By being real, it will make the movie much more powerful.”

To facilitate this immersive approach, The Revenant was shot on location in gruelling conditions (snow, icy rivers, freezing temperatures), rather than in the comfort of the studio, using long, extended takes, a technique that has become a hallmark of Lubezki’s collaborations with both Gravity director Alfonso Cuaron and Inarritu. Such a method of film-making requires a huge amount of pre-planning and rehearsal time.

“Instead of doing storyboards or pre-vis, we took elements to the real locations,” reveals Lubezki. “Actors, extras, sometimes horses and props, and explored until we found the language we wanted to use. How we wanted to shoot the movie. How these things were feeling. How was the atmosphere and the mood, if it was transmitting the right emotion, and also the tempo. How the actors should move and the camera.”

When it came to filming, the cast and crew would rehearse again all day, waiting until “that window of light or the window of the weather or the window of opportunity presented itself”, which was often ‘Magic Hour’ though not exclusively.

“During the rehearsals we learned when the locations had the right feeling Alejandro wanted to capture. Sometimes you’d arrive at the location at noon and it looks like a park. But when you’re there at 4pm and the steam of the river starts to rise, then you feel you’re in the middle of a primordial place that has never been seen by man. All that stuff was very important, and a lot of it came from the rehearsals.”

With such stringent shooting conditions, not to mention the treacherous nature of some locations, most scenes were captured in one or two takes. “If you have Leo coming out of a frozen river, you cannot ask him to do two takes. You do one,” says Lubezki. “So everybody is very intense, very focused and we get it in one, because obviously you don’t want to take any chances. Also, you don’t want to torture your actor.”

The film begins with an attack on a riverside camp by a group of Native American warriors; an extraordinary sequence involving horses, stunts and visual effects.

“Alejandro wanted to have the feeling all that was happening in real time, and with no cuts, to feel like one take,” the cinematographer explains. “[But] we knew we could not do it in one, because there are incredibly dangerous stunts and action in it.”

The sequence took three weeks to prepare, but just four days to shoot. “We rehearsed extensively with stuntmen and a few extras and horses before we shot. It was very, very tricky.”

What helped was the decision to shoot The Revenant digitally, using the brand new Alexa 65 camera fitted with, mostly, a 24mm lens that was equivalent, says Lubezki, to a 12mm wide-angle lens on a 35mm camera.

“We used very wide lenses that allowed us to show all the context, all the environment, at the same time as we can show emotion and be close to the actors. So the relationship between the environment and the actors is always present.”

But using the Alexa 65 meant saying goodbye to film. Not that Lubezki minded. “Film has a very beautiful range but, as we started rehearsing, we realised the windows of shooting were later and later and the film sensitivity, the ISO, wasn’t allowing us to shoot at the times we wanted. The digital cameras have so much more sensitivity and see so much more into the shadow,” he reflects.

“A lot of cinematographers talk about grain as texture,” he continues. “I always find it as the downside of film, because it’s this layer between you and the subject. These digital cameras didn’t have any noise or any grain. It’s like watching through a clean window as opposed to a window that has dirt. This camera really transports you to this place. It’s the first time I’ve shot with a camera that translates into images what I’m feeling when I’m on set. It’s a beautiful, beautiful image. So with a lot of pain we sent the film cameras back to Hollywood and kept the digital.”

Except the Alexa 65 had yet to be officially tested, which presented the production with something of a dilemma. “If there’s a problem on the set, insurance would not cover the issue,” Lubezki explains. “But we sat down with the studio, we watched the dailies, and everybody said, ‘Fuck it. We have to do it. We have to shoot with this camera,’ because it’s even more immersive than we had before.”