Joshua Oppenheimer, The Look Of Silence

Joshua Oppenheimer talks to Wendy Mitchell about changing the culture of fear in Indonesia with The Act Of Killing and its follow-up, The Look Of Silence. 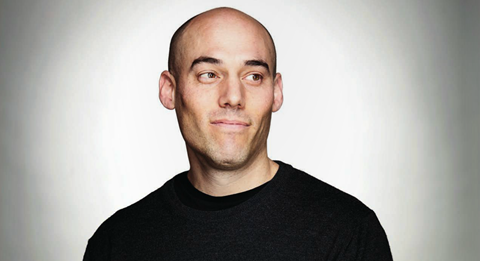 We often talk about the power of film, but it’s rare that a single film can start to change a whole country. That’s the accomplishment of Joshua Oppenheimer’s 2012 documentary, The Act Of Killing, which showed perpetrators of the Indonesian genocide re-enacting their crimes.

”The Act Of Killing helped really catalyse the transformation in how the country talked about its past,” says Texas-born Oppenheimer, over a coffee in his adopted home of Copenhagen. “The government now talks about the genocide instead of the heroic struggle against the communists. Now the public are talking about it in schools and at work; the perpetrators in Indonesia no longer boast about what they did.”

Now his stunning follow-up film, The Look Of Silence, tackles the same story from the side of the victims dealing with the past and confronting the perpetrators. “This new film comes in and says, ‘Look how torn the social fabric is. Look how urgently we need truth and reconciliation,’” he says.

Oppenheimer first went to Indonesia in 2001 to work on a film about palm-oil plantation workers. He did not know much about the mass murders then, but he learned about the climate of fear that ordinary Indonesians lived with.

Oppenheimer knew while shooting The Act Of Killing that he would also want to make a film about the victims. He describes the moment he knew there would be two films, when two perpetrators took him down to the river to show him how they had killed their victims.

“That was one of the most horrifying and traumatic days of my life. It was like I had wandered into Germany 40 years after the Holocaust only to find the Nazis still in power.

“At that moment I knew I would spend as long as it takes to address this and I knew there should be two films. One would be about what happens when killers win and justify their actions and impose those on a society, and that’s The Act Of Killing. I also knew there was an equally important film about what does it do to human beings to have to live in 50 years of fear and silence surrounded by the people who killed your loved ones.”

He nurtured a compelling protagonist in Adi, an optometrist whose brother, Ramli, was killed before Adi was born; who with Oppenheimer’s help learns about the conditions of his brother’s death and confronts the killers. Oppenheimer worked with Adi and his family in an intimate way for nearly a decade.

“One of the principles in making this film was that, when you engage with atrocities you have to dig into some pain; it’s going to be painful,” the director explains. The family let him shoot hugely intimate moments, including Adi having to tell his mother that her own brother was complicit in Ramli’s murder.

There was some controversy around The Act Of Killing, with isolated accusations that the killers were being glorified and Storyville’s commissioning editor, Nick Fraser, even calling it a “snuff movie”. Of course, Oppenheimer does not see it that way. “I don’t think anyone can possibly come out of the movie thinking Anwar [one of the killers] is glorified. I think what bothers people and what people resist is looking in the mirror and realising we’re all closer to perpetrators then we’d like to think and that perpetrators are human,” he says.

After attracting glowing reviews at festivals including Venice (where he won the Grand Jury Prize), Telluride, Toronto, New York and CPH:DOX (where it won the Grand Prize), The Look Of Silence was released in Denmark in November and will be released in major territories theatrically in 2015. Given the dates, it will be eligible for the 2016 awards season. It seems a shoo-in for nominations, given Oppenheimer won the Bafta for best documentary and was Oscar-nominated for The Act Of Killing.

With Indonesia having consumed much of his life for a decade, where does Oppenheimer go now? “You come out as a different person and you have to take thought that whatever kind of film-maker I am came entirely from this experience,” he says.

“I have hundreds of pages of ideas that I’ve jotted down over the last decade, thinking I’d be done in a year or six months. Now, 10 years later, I’m done and I take stock of what I’ve been looking at and haven’t had time to explore. I have a number of themes I’m interested in exploring and now it’s finding the right characters who will take another life-transforming journey with me.”