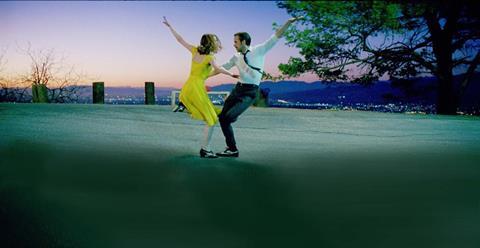 The New York Film Critics Circle announced on Thursday the winners of its 2016 awards, presenting its top prize to Lionsgate’s musical starring Emma Stone and Ryan Gosling and adding further fuel to the powerhouse indie pair Moonlight and Manchester By The Sea.

Jenkins kept his awards season momentum going with the best director award for A24’s drama, while Mahershala Ali was named best supporting actor and James Laxton was recognised for cinematography.

Isabelle Huppert claimed the best lead actress award for Elle and The Things To Come. Toni Erdmann was adjudged to be the best foreign language film, while Zootopia took the animation prize and O.J.: Made In America was named best documentary.