Beryl Vertue, Amanda Nevill and Nina Gold were among winners at the annual London event. 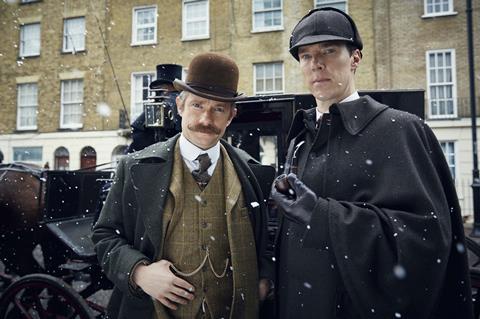 Vertue’s career has spanned almost 50 years during which time she has worked on shows including Up Pompeii, Steptoe and Son, Men Behaving Badly and Coupling as well as recent BBC hit Sherlock. She was presented with the award by the show’s star Benedict Cumberbatch.

Cumberbatch said: “It is an absolute honour to be able to present The EON Lifetime Achievement Award to the wonderful Beryl Vertue. We have known each other a long time and not only have I had the pleasure of working with her but I’m very lucky to know her and call such a brilliant woman, my friend.”

The ITV Studios Achievement of the Year Award went to Beryl Richards, chair of Directors UK, for her work in championing female directors.

WFTV CEO Kate Kinninmont said: “We have seen some fantastic women achieving great things this year and the diverse range of winners is testament to that. We have winners like Lighting Gaffer, Carolina Schmidtholstein, and Visual Effects Supremo, Sara Bennett, who are breaking ground in their respective fields as women in very male dominated trades; incredible potential with emerging talent like Michaela; and the likes of Sarah Lancashire and Gabby Logan who have carved out immensely impressive careers on screen.