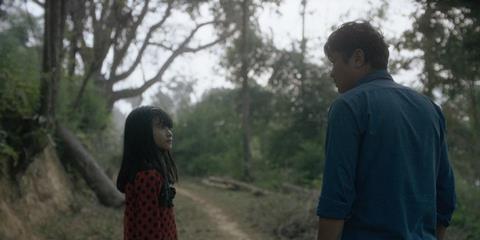 The second feature of Nepalese director Deepak Rauniyar is about a Maoist who returns home to bury his father.

The jury found it “an exceptional and incisive film about civil war and memory that encapsulates the never-ending conflict that is the state of the world today, with a message of hope that a different future for all of us can be possible through our children”.

Abdullah Mohammad Saad was named best director for his debut feature Live From Dhaka, which also took best performance for actor Mostafa Monwar. Shot in grainy black and white, it tells the story of a partially handicapped man who lives his days in anguish as he tries to find a way to leave Dhaka.

A special mention went to Turah, the debut feature of Indonesian director Wicaksono Wisnu Legowo for its “exposure of the corruption and hypocrisy inherent in our society through the microcosm of a small village, showing how the strong oppresses the weak, while never losing sight of the inherent humanity in all his characters”.

Hong Kong actor Simon Yam was on hand to receive a Cinema Legend Award, presented to him by SGIFF chairman Mike Wiluan and Hong Kong director Herman Yau. The awards ceremony was held at Marina Bay Sands on Saturday night.

A total of 161 films were successfully screened over 12 days, marking it the first time in the festival’s history that all films were passed clean by the local censors. Unlike previous editions, no film has to be withdrawn by the festival.

The festival has attracted close to 13,000 audiences and 11 sold-out screenings, including The Woman Who Left, Ma’ Rosa, Wet Woman In The Wind, Bitcoin Heist, I, Daniel Blake and Singapore films 4 Love, A Yellow Bird and Siew Lup. An increase of over 50% in attendance for the masterclasses and talks was also recorded.