ACTOR: Barney Harris can recall the moment he caught the acting bug. He was in his school’s production of Jerusalem when it all clicked. 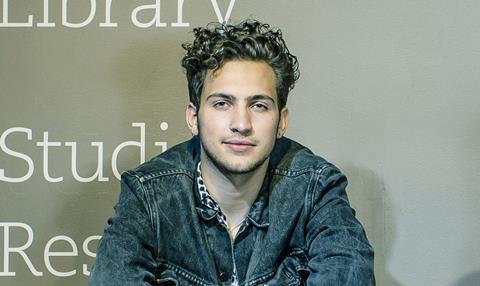 “That was when it became a bit of a kick, that sort of moment where you get the addiction to the high on stage and that feeling of being in it,” he says.

Having been discovered while still at Eton and immediately signed up to The Artists Partnership, Harris has learnt on the job, including as Prince Ned in Dominic Cooke’s The Hollow Crown, starring Benedict Cumberbatch.

He explains: “It was great to work with those guys who have that backbone of assurance that they knew what they were doing. Not that I didn’t, but I think that’s something I always look for on set.”

Director Ang Lee was the next to sign up Harris for Billy Lynn’s Long Halftime Walk, in which he features alongside 2015 Star of Tomorrow Joe Alwyn.

Earlier this year, Harris filmed James Cox’s Billionaire Boys Club in Los Angeles with Kevin Spacey and Taron Egerton before he took the next step in his burgeoning career.

“It made me really appreciate what Joe was doing on Billy Lynn. I preferred it, definitely, being involved every day and having your vision driven through the whole thing,” Harris enthuses. “I enjoyed being able to really craft a role, as opposed to filling out different stories of other people.”