More than a dozen titles announced ahead of the unveiling of the full programme next month. 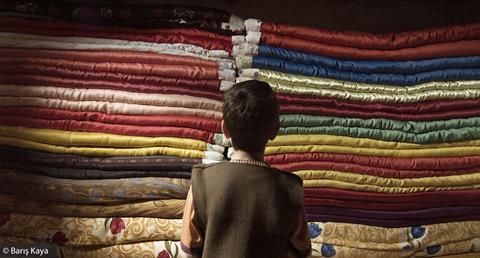 A total of 13 feature films produced or co-produced in 13 different countries have been selected to participate in competition in Generation Kplus and Generation 14plus.

The full programme for Generation will be announced in mid-January. The films selected so far feature young individuals whose inner lives are in turmoil.

Athletic, fast and fearless, 16-year-old Laura has little trouble conquering her hometown’s parkour routes and none at all keeping up with the boys in the process. However, she can only express her feelings for Luky, the parkour-king, in her vivid dreams. When he suddenly disappears, the line between dream and reality begins to blur.

For the Maori teenager, Tu, it appears that hip-hop dance is the only hope for him to escape from a predestined career in the military. Tammy Davis (Ebony Society, Generation 2010) is back again with fat beats and spectacular moves, choreographed by hip-hop dance world champion Parris Goebel.

It’s the 1970s and Greta should be celebrating at her 15th birthday party.Instead she descends into a bizarre and dangerous dream world full of strange creatures. Thus begins an absurd and both terrifying and beautiful trip, into the mind of a teenager. Featuring Tilda Cobham-Hervey and Imogen Archer (52 Tuesdays, Generation 2014).

Moments awash in shimmering grey and the distorted sounds of a guitar: for Florencia night beckons and threatens at the same time. She reads aloud to her comatose brother, from a comic book about the evolving souls of plants. At the same time, she starts to explore her curiosity about sex with online acquaintances.

The love that binds clever Parshya and beautiful and self-confident Archie is as passionate as it is socially taboo. Breaking away from the narrow-mindedness and violence of convention is the only way out for the young couple. With powerful imagery and epic scope, Nagraj Manjule tells the story of an impossible love.

Vania’s introspective teenage existence takes a radical turn when he joins up with an anarchistic group of young men that call themselves the “Rag Union”. They want to set the world on fire with art and violence. A debut film told with breakneck pacing and exuberant energy.

Qu’s world is one full of riddles, contradictions and forensic science. Her parents don’t seem to like each other at all. Her friend disappears suddenly and then there’s a serial killer on the loose to top things off. Coming-of-age meets chilling thriller.

Because her mother had to go back to Vietnam, eleven-year-old Linh now has to take care of her little sister and the take-away restaurant on her own. Nobody is supposed to know, but nothing gets past Pauline who lives in the same neighbourhood. Will the self-appointed “spy” blow the whistle on the two sisters?

Living, learning, suffering for their passion: the 26 boys living at the sports academy in the Turkish province of Amasya will endure a lot to realise their wrestling dream. This documentary’s observational camera remains unobtrusive while still allowing us to experience an everyday life at close range - somewhere between camaraderie and competition.

Rauf hopes to win over his big crush, the older Zana, with the help of the colour pink. But what does pink really look like anyways, and will he even be able to find it in his snowy little Kurdish village up in the mountains? Meanwhile, disturbing rumours sweep in from the outside world.

Little Siv (Astrid Lövgren) is supposed to sleep over at Cerisia’s (Lilly Brown) place, but the later it gets the stranger things start to appear in her new friend’s odd home. An original adaptation of Pija Lindenbaum’s children’s book.

There’s quite a stir in Monsterland: the little monster Molly is going to get a brother or sister. But before the new baby finally hatches, Molly and her best friend Edison have to make it through a number of adventures. Colourful animation fun for the youngest festivalgoers, adapted for the big screen from the popular TV series “Ted Sieger’s Molly Monster”.

In the barren steppes of Mongolia, eleven-year-old Sukhbat is training hard for a win at the horse races and hoping thus to gain his father’s recognition. With its panoramic landscape shots and observational documental style, this feature film tells the story of a nomadic childhood.