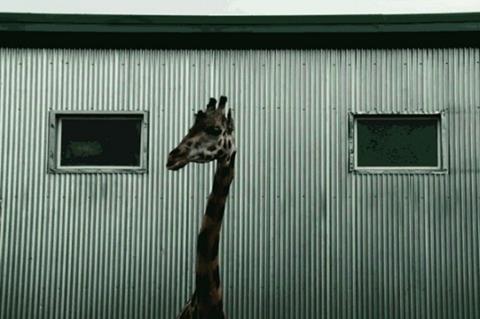 French Canadian director Denis Cote’s latest oeuvre is a taciturn yet poignant documentary about the way we look at animals and the way they look at us. In a series of artfully framed, sharply focused fixed-camera shots we observe the animal and human denizens of what at first appears to be a rather down-at-heel zoo; it’s only gradually that we realise it’s a safari park.

Bestiaire has its longueurs, but at its best it’s as tactfully thought-provoking a film as you’re likely to see this year.

Silent except for a soundtrack of noises off, this is one of those documentaries whose effect lies more in what it doesn’t do than what it does. It doesn’t preach about the evil of zoos or anthropomorphise its often kooky animal subjects – though its leisurely (not to say sluggish) pacing gives the audience time and room to indulge in both of these activities, and to reflect on the activities themselves.

Even the film’s funniest sequence (and there are a few, though nothing approaching a belly-laugh), involving a curious ostrich, raises questions. Is our need to humanise animals and find their antics amusing motivated by a kind of guilt? And do they find us equally hilarious?

Resolutely poetic, testingly slow, and fairly laid-back about whether we like it or not, this short (72-minute) feature, which played in Berlin’s Forum sidebar after its Sundance debut, is nevertheless a reliable festival pleaser. Theatrical action outside of Francophone Canada is less obvious – though it could reward more adventurous arthouse programmers.

The film opens with a close-up of a young woman. She’s looks just to the left of the camera, looks down, looks up again. She’s drawing: trying to get the lines right. What she’s drawing eventually turns out to be a stuffed deer, mounted on a plinth decorated with a few desultory tufts of grass, in an otherwise bare concrete room.

We cut to the dark, hulking forms of a herd of bison, pacing in an enclosure of some kind in the snow; then to a close-up of a bison looking straight at the camera. Like many of the film’s animal glances, it’s a powerful and slightly unsettling image, partly at least because of the guessing game we’re forced to play when we look at animals, and partly because we know that this is the kind of animal we eat.

That opening sequence deploys the same method that’s used throughout. The camera’s glances seem artless, even childlike. But the fixity of the frame adds an implacable, not-quite-human quality, and the editing and sound design bring the knowingness of the adult into the picture – without ever quite piloting the film towards anything so obvious as a message.

Yes, the wire and steel cages are depressing places, and the animals (in particular a pair of restless zebras) seem to resent their confinement. But at the same time most of them possess far more power and grace than the glum zoo attendants, or a pair of taxidermists whose hands pluck and cut the carcasses they’re about to stuff without their brains apparently being engaged; or the mournful girl who’s filmed in a staffroom getting into her big kitty costume to entertain the kids.

There’s even a structural progression of sorts, from winter to summer, from cages to the relative freedom of the safari park, from animals alone to animals and humans, from quiet through clanging and screeching to the noises of car engines and conversation.

Bestiaire has its longueurs, but at its best it’s as tactfully thought-provoking a film as you’re likely to see this year. My favourite scene comes towards the end: we see a couple standing in the rain under an umbrella, watching a herd of zebra trotting alongside a car. We’re unsure who’s inside the enclosure, who’s outside, and what the point of it all is. Bestiaire shows up zoos for what they are: very strange places, that say as much about us as the other animals they contain.