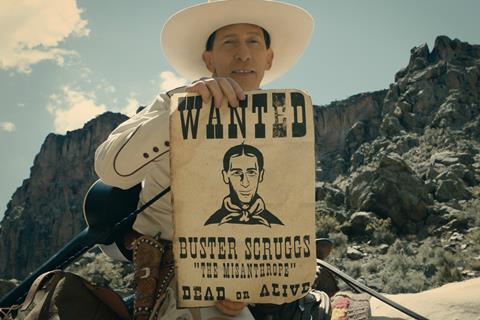 Susanne Bier’s Bird Box is to get its world premiere as one of the gala screenings at next month’s AFI Fest in Los Angeles.

Other newly announced galas at the festival, which runs November 8-15, are TV series The Kominsky Method, Ethan and Joel Coen’s The Ballad Of Buster Scruggs, Peter Farrelly’s Green Book and Steve McQueen’s Widows.

Netflix feature Bird Box stars Sandra Bullock as a woman looking for sanctuary after a mysterious force decimates the world’s population. It will screen at AFI Fest on November 12.

Eight-episode Netflix series The Kominsky Method was created by Chuck Lorre and stars Michael Douglas and Alan Arkin as two friends tackling life’s curve balls as they navigate their later years in Los Angeles. It will get its world premiere screening at the festival on November 10.

The Ballad Of Buster Scruggs, also for Netflix, is a six-part anthology of stories about the American West. It will screen on November 11.

Green Book, from Participant Media and DreamWorks Pictures, screens on November 9 and stars Viggo Mortensen and Mahershala Ali in the story of a friendship that transcended race and class in sixties America.

Widows, which screens November 14, is the story of four women with nothing in common except a debt left behind by their dead husbands’ criminal activities. Viola Davis stars.