Titles from the UK, Turkey and across Europe selected for the Berlinale Co-Production Market. 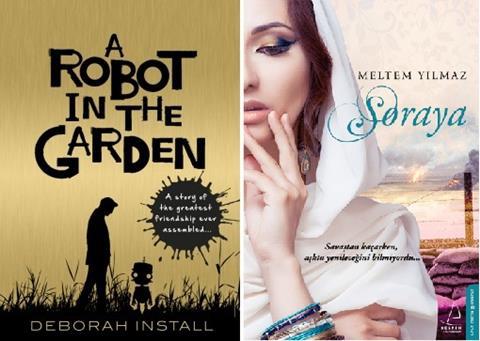 A total of 11 titles have been selected for showcase at Books at Berlinale on Feb 16, where film producers will be invited to discover new literary works with potential for adaptation to the big screen.

The selected novels will be presented in a pitching session at the Berlinale Co-Production Market and - at the get-together following the pitch - invited producers will have the opportunity to get to know the rights holders to network or directly negotiate the film rights options for the featured works.

Around 130 books from more than 25 countries were submitted this year for consideration and the selection are represented by publishing houses and agencies from the UK, Netherlands, Switzerland, Germany, Spain, Turkey, France and Sweden.

The titles include include Guy Delisle’s graphic novel Run Away and Meltem Yılmaz’s Soraya, about a young Syrian woman’s experiences as a refugee.

Others include A Robot in the Garden from British author Deborah Install, which investigates what artificial intelligence has to tell us about what it means to be human.

Since its inaugural edition in 2006, Books at Berlinale has been organised by the film festival in co-operation with the Frankfurt Book Fair.

Producers who are active or interested in the field of literary film adaptations as well as publishers and literary agents may register before Feb 10 at books@berlinale.de.

(Listed in alphabetical order according to the companies presenting them)

The Eyes of the Lake” (Jessica Schiefauer), Nordin Agency, Sweden