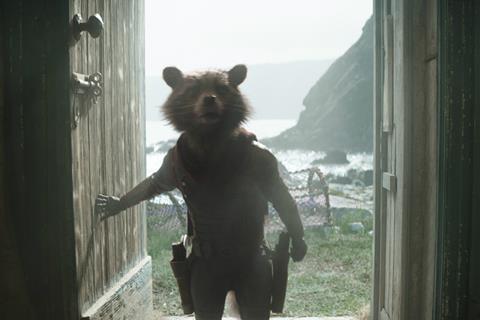 The tentpole earned $8.4m in South Korea via Walt Disney Studios Motion Pictures International for the highest industry single day in admissions and highest non-holiday opening day, some 40% higher than that of Avengers: Infinity War, and debuted in Australia on $7m for the highest industry single day, some 17% higher than Avengers: Infinity War opening day.

The tentpole is currently tracking ahead of Infinity War in all markets, although at this early stage Disney executives are saying it is difficult to compare overall performance to date as Infinty War in many cases opened on different days to Endgame in the 25 territories opened so far.

As previously reported, Endgame has already delivered the highest industry single day of all time in China including record midnight previews of $107.2m. By midnight on Thursday the runing total stood at RMB 1.2bn (roughly $178.5m) according to Maoyan. Infinity War opened there on a Friday. Early indications point to record-setting midnight previews in the UK, where the film opens on Thursday along with Brazil, Poland, Portugal, Argentina, Colombia, Croatia, Czech Rep, Hungary, Israel, Slovakia, Slovenia, Turkey, Ukraine, Panama, Uruguay, Paraguay, Peru, Trinidad, Bolivia, and Chile.

Endgame opens in North America on Friday in more than 4,662 theaters (a record wide release), including more than 3,900 3D locations, 410 IMAX screens, 785 Premium Large Format screens, and 250 D-Box/4D locations. North American previews begin on Thursday at 6pm, and the final market is Russia on Monday (29).]

Disney executives reported that Captain Marvel has reached $694m, while Dumbo has flown to $213.5m.

Warner Bros Pictures International has already relinquished its crown after ruling international and global box office for the past few weekends with a combination of The Curse Of La Llorona, which has reached $37m, and Shazam! which stands at $208.8m.

Universal Pictures Internitonal brass reported that Little, the body swap comedy produced by Will Packer, has reached an early $5.7m, while Jordan Peele’s Us stands at $76.1m, and DreamWorks Animation’s How To Train Your Dragon: The Hidden World $356m.