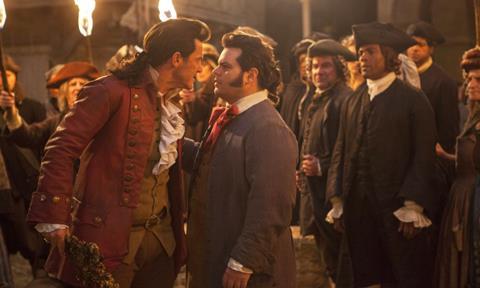 Beauty And The Beast soared into the record books thanks to a confirmed $174.8m debut in an astonishing launch that marked the biggest debut in nearly a year.

The remake from Walt Disney Pictures and Mandeville Films usurped last year’s Batman v Superman: Dawn Of Justice on $166m to set a new March high-water mark and raised the bar for spring by crushing the previous best of $132.4m set in February 2016 by Deadpool.

Bill Condon directed the film, which debuted in 4,210 theatres and also became the seventh Walt Disney Studios release to open on more than $150m. The film reportedly cost $160m to make excluding P&A costs and at this rate is performing strongly with repeat viewings likely to be a productive multiplier.

Fox’s Logan in third place stands at $184.3m after three weekends, and Universal’s horror smash Get Out in fourth has reached $133.3m after four.

The Belko Experiment arrived in seventh place through BH Tilt on $4.1m from 1,341 theatres and reportedly cost $5m.