Screen Gems’ horror hit held firm at number one on an estimated $15.7m as the three-day portion of Labor Day weekend gained 12% on last year’s comparable end-of-summer session and rounded out a solid season. 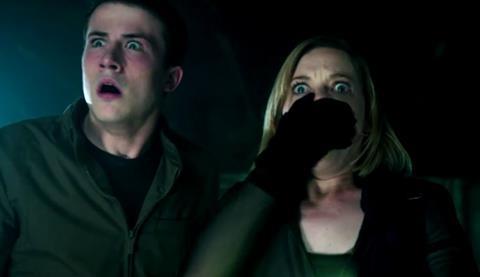 Four-day results will emerge on Monday, however latest figures indicate summer 2016 will end on an estimated $4.48bn, roughly on par with last year and 5% down on the record summer 2013.

That is no mean feat in an industry at the whim of inconsistent production cycles where tentpoles are increasingly released throughout the year. Summer remains a critical driver of studio success, however the frequent jeremiads that abound in box office reporting should be taken with a pinch of salt; there are plenty of opportunities throughout the year to improve the bottom line.

Warner Bros’ Suicide Squad is on the cusp of $300m and ranks second on $297.4m after five weekends.

STX Entertainment’s Bad Moms became the studio’s first film past $100m. While the milestone does not always tell the full story, the stated $20m negative cost indicates a success and an important morale booster for the company and its investors given a largely lacklustre track record at the box office until now.

Dreamworks’ Pete’s Dragon held well in its fourth weekend and surged three places to number three on $6.5m for $64.2m, although the family release is far from delivering the performance expected of a $64m production cost.

No doubt the film will expand if word of mouth builds. Michael Fassbender and Alicia Vikander star in the period romance and reviews have been generally favourable.

Pantelion’s No Maches Frida debuted well at number 12 on $3.7m from 263 sites. Fox’s sci-fi thriller Morgan starring Kata Mara and produced by Ridley Scott did not far so well and opened poorly at number 17 on $1.9m from 2,020 venues.