Warner Bros.’ Due Date took the spoils at the UK box office over the Nov 5 - 7 weekend. 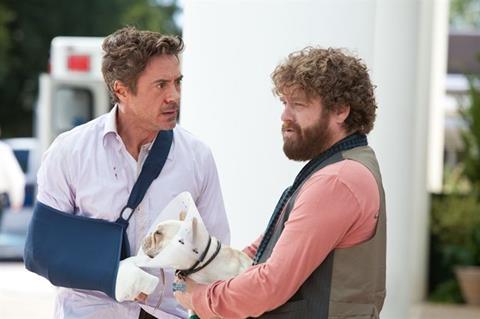 However, despite its chart topping debut Due Date was £1m off Phillips’ previous UK opening with 2009 smash The Hangover, and $2.1m (£1.3m) off last week’s number one Saw 3D.

Paramount’s second new top ten entry Let Me In took $789,227 (£488,402) from 363 screens. Matt Reeves’ fantasy-horror remake took twice the opening box office of critically acclaimed Swedish horror Let The Right One In but is playing on five times the number of screens.

Bollywood comedies Golmaal 3 and Action Replayy were the week’s only other top 20 newcomers, entering the chart in 11th and 15th respectively.