Vin Diesel, Paul Walker and the gang are expected to hold on to the global box office crown this weekend as the film reached $526.8m through Thursday morning. 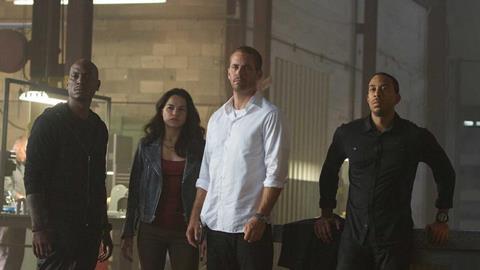 Latest data puts the international tally of Fast & Furious 7 at $343.1m with China and Russia to open this weekend. North American theatres had generated $183.7m.

Warner Bros Picture International reported updated running totals of $92.6m for Focus, $11.8m for Get Hard, $21.7m for Run All Night and $193.8m for American Sniper.

Fox International unleashes The Longest Ride day-and-date with North America this weekend in around 29 territories, among them Australia, Taiwan, Holland, Singapore and Central America.

DreamWorks Animations’ Home stands at $97.4m, while Kingsman: The Secret Service has reached $258.4m and Taken 3 $238.5m including EuropaCorp markets.

Sony pushes out its comedy Paul Blart: Mall Cop 2 ahead of North America in the UK and German-speaking Europe this weekend.

The sci-fi opens this weekend in Finland.