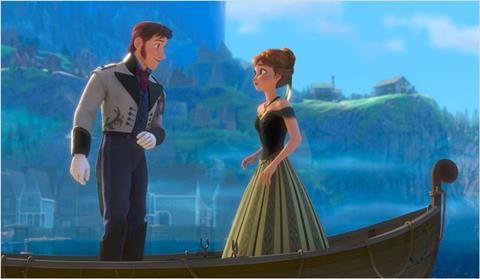 Preventing it from a third straight week at the summit, Frozen has extinguished The Hunger Games: Catching Fire to top the UK chart on debut.

With the arrival of The Desolation of Smaug on Friday [Dec 13], Frozen is unlikely to hold onto the top spot. However, with the school holidays upcoming, it will likely enjoy a lucrative run until the end of the year.

The film will shortly become only the fifth in the UK this year to cross £30m mark.

Given its older-skewing audience, Nebraska is likely to play stronger midweek.

In its exclusive run at the Prince Charles Cinema in London, Metrodome’s Israeli horror Big Bad Wolves grossed $2,600 (£1,610) from its three screenings over the weekend. The genre festival hit plays at the PCC until Thursday [Nov 12].

This week’s only saturation release comes in the form of Warner Bros’ fantasy sequel The Hobbit: The Desolation of Smaug.

Pinewood’s The Christmas Candle, Artificial Eye’s Fill the Void and Arrow’s re-release of Cinema Paradiso are among the films receiving a limited release.