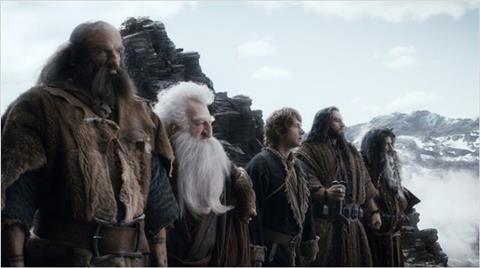 It may have been expected but The Hobbit: The Desolation of Smaug still impressed on its UK bow, dominating the competition to dethrone Frozen after one week.

When looking purely at openings, that result does mark the lowest of the Lord of the Rings series. However, Smaug is the first to open without previews and based solely on Fri-Sun performances, it’s the third strongest result behind The Return of the King’s $15.9m (£9.8m) and An Unexpected Journey’s $15.5m (£9.5m).

Falling just 10% in its second weekend, Frozen may have fallen from the top spot but continued to dazzle in the UK.

In terms of recent Walt Disney Animation Studios outings in the UK, Frozen will shortly overtake The Princess & The Frog’s $18.2m (£11.1m) UK result. With schools breaking for Christmas, is in a strong position to overhaul Wreck-It Ralph’s $38.6m (£23.7m).

Re-released in 17 sites through Arrow (though some sites had just one screening over the weekend), Cinema Paradiso recorded a $20,000 (£12,374) take with Sunday seeing a 110% jump over Saturday.

This week sees the long awaited return of Ron Burgundy and the Channel 4 News Team as Paramount’s Anchorman 2: The Legend Continues receives a saturation release from Wednesday (Dec 18).

Fox’s Walking with Dinosaurs: The 3D Movie, Entertainment’s The Harry Hill Movie and Universal’s Moshi Monsters: The Movie also receive saturation releases, while Entertainment’s American Hustle opens in the West End ahead of a nationwide release on Jan 1, 2014.