The Equalizer ready to rule

Sony unloads the Denzel Washington action thriller in 57 territories day-and-date with North America this weekend and will give reigning champion The Maze Runner a run for its money. 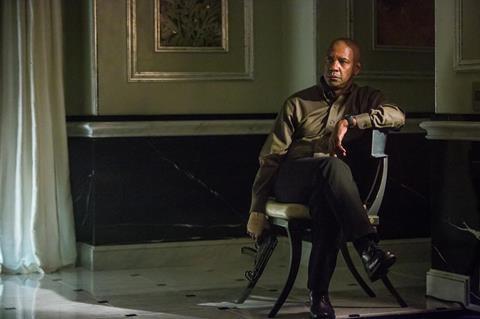 SPRI’s 22 Jump Street on $133.9m arrives in Argentina, while Who Am I opens in Germany and Austria.

Fox International’s The Maze Runner heads into its third weekend on a little over $63.7m. The YA adaptation arrives in a further 14 markets, among them Holland, South Africa and Holland.

Tom Hardy and James Gandolfini crime drama The Drop opens in Spain and Belgium while I Origins debuts in the UK, Germany and France.

The Expendables 3 has reached $152.3m through Nu Image licensees.

Warner Bros Pictures International’s Into The Storm has amassed $102.3m, If I Stay $21.3m and Dolphin Tale 2 $3.6m with debuts in France and Mexico.