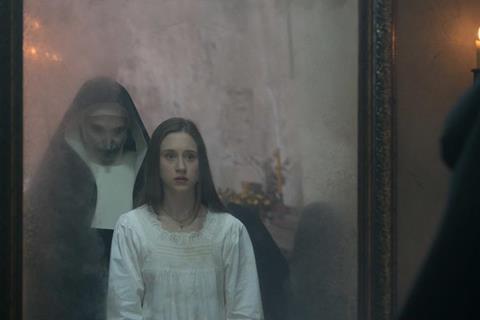 SEPTEMBER 10 UPDATE: Warner Bros’ extraordinary late summer / early autumn continued as The Nun ruled the world thanks to a $79.3m international launch in 60 markets as the opening weekend climbed to $133.2m worldwide.

UPDATE: The horror film ranked number one in 55 markets and delivered the biggest opening weekend for a horror film in 22 markets including Brazil, Indonesia, Colombia, Spain, Poland, and UAE, and the biggest debut by a film from The Conjuring universe in 49 including the UK, Germany, and Mexico.

This was also Warner Bros’ biggest opening weekend for the year-to-date in 39, among them Brazil, Spain, Sweden, and Indonesia.