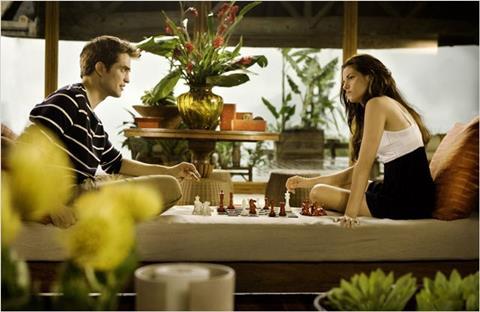 The fourth in the franchise (released by eOne) is already the seventh biggest film released in the UK this year and outscored the second weekend box offices of previous two instalments Twilight: Eclipse on $5.3m (£3.4m) and Twilight: New Moon on $6.7m (£4.3m).

So far, Sony has proved those sceptical of the film’s early release strategy wrong with the film gaining momentum over its three weeks. This is in large part thanks to the lack of challengers for its target audience. This week the competition hots up with Hugo and Happy Feet Two entering the fray.

My Week With Marilyn saw the best returns of an unimpressive batch of newcomers, with Entertainment’s romance-drama starring Michelle Williams as Marilyn Monroe taking $1.2m (£749,819) from a huge 397 screens at a mediocre opening average of $2,922 (£1,889).