Concourse Cannes-bound with 'The Little Hours'

Concourse Media chiefs Matthew Shreder and James Andrew Felts have scored a coup and will commence sales on the Croisette of Jeff Baena’s dark comedy through their Concourse Film Trade division. 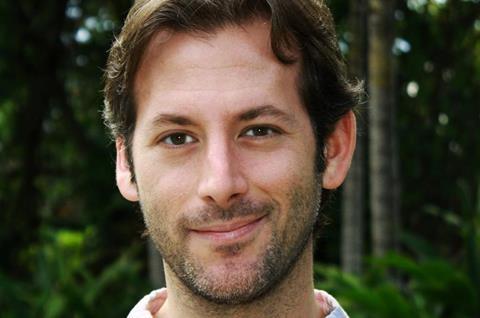 WME and CAA represent US rights to The Little Hour, which recently completed principal photography in Italy. The feature marks Baena’s (pictured) third directorial outing after Sundance selections Joshy and Life After Beth.

Liz Destro of Destro Films produces and StarStream Media and Bow and Arrow Entertainment are financing and serve as executive producers alongside Productivity Media in partnership with Concourse, and Exhibit Entertainment and Foton Pictures.

“It’s really impressive what Jeff and his team are able to pull off using unique and forward-thinking storytelling techniques to approach film-making in a new way,” said Shreder. “It’s an incredible testament to the talent at the table and their ability to perform.”