Screen International is to join with the BFI London Film Festival to launch its celebrated Stars of Tomorrow for the first time. 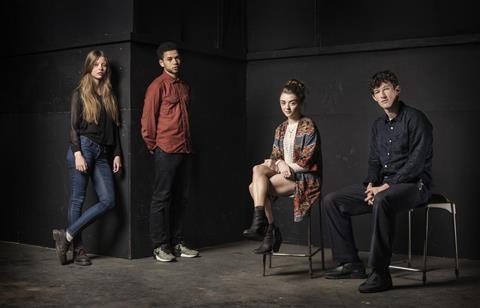 This year’s selected actors, directors, writers and producers will be unveiled by Screen and the LFF at a high-profile industry event during the festival, which this year runs October 7-18.

The move is part of an ongoing collaboration between Screen and the LFF and provides an exciting platform for celebrating the best and brightest new UK and Irish talent during one of the busiest times in the British film calendar.

This year marks the 12th anniversary for Screen’s highly-respected showcase of the UK and Ireland’s hottest talent, which boasts an impressive track record in identifying future stars.

The partnership expands on a successful joint pilot project hosted at last year’s LFF, which was supported by British Council and the Casting Society of America (CSA).

Stars of Tomorrow is curated by Screen’s chief film critic and reviews editor Fionnuala Halligan, who liaises with casting directors, agents, managers, producers and directors and considers hundreds of names before drawing up the final list of rising talents.

This year’s Stars of Tomorrow will be announced in a special edition of Screen before being feted at a high-profile event in London’s West End during the first weekend of the LFF.

Following last year’s successful collaboration, it will be followed by an exclusive industry dinner hosted by British Council with support from the CSA to introduce the Stars to leading lights from the international film industry in town for the Festival, including US casting directors, European and US producers, international festival programmers, executives from prestigious filmmaker Labs and a selection of leading UK producers.

Matt Mueller, Editor of Screen, said: “I’m thrilled that we will be unveiling this year’s Stars of Tomorrow at the BFI London Film Festival.

“It offers a fantastic showcase for the rising British and Irish talent chosen by our inestimable Stars of Tomorrow curator Fionnuala Halligan during one of the most important events on the British film calendar.”

Clare Stewart, festival director of the BFI London Film Festival, said: “There is great synergy between Screen International’s Stars of Tomorrow initiative and the BFI London Film Festival’s track record as a festival that identifies emerging talent and supports the career development of the best new British actors, directors, producers and writers.

“There is a lot of cross-over in our alumni and this new partnership means that together, we can create real impact, expanding the networks, profile and the experience  of the UK and Ireland’s future stars.”