Screen International’s Cannes jury delivered some high (and low) scores for the first two titles in Competition at the 69th edition of the film festival. 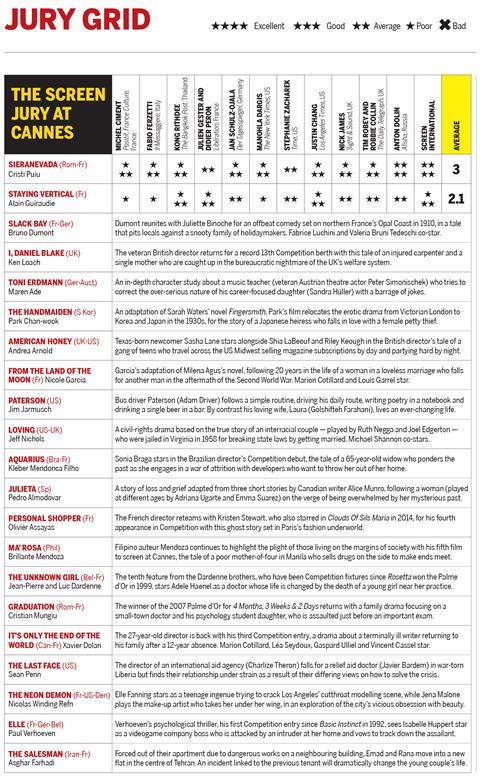 Early in the festival, Screen’s jury of international critics have delivered their initial verdicts.

Often the diviner of what will go on to win the big prizes come awards night, two members of the jury deemed Cristi Puiu’s Sieranevada worthy of the full four stars while the majority of others gave out a solid three, averaging out at three.

Alain Guiraudie’s Staying Vertical was more divisive with a handful of three star scores marred by a hat-trick of one’s, delivering an average of 2.1

Still in the early days of the festival (May 11-22), it is unlikely we have yet seen the lowest or the highest scorers of the Competition going into the first weekend.