Ex-con Francois Troukens to co-direct 'Above The Law' 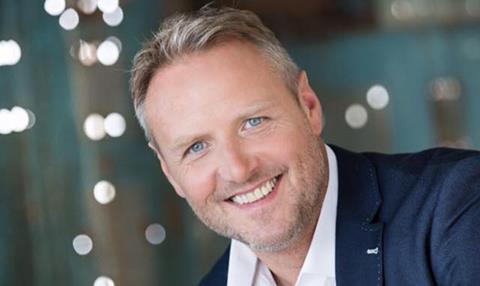 Jacques-Henri Bronckart of Belgian outfit Versus has revealed details of the production, which is due to shoot in the summer and will be handled internationally by TF1.

The film centres on a small-time crook who is framed for murder and has to go on the run to prove his innocence.

Troukens was an armed robber, targeting security vans in the 1990s. He was convicted and sentenced to 28 years in prison while on the run and was finally caught in 2004.

In jail, he studied philosophy and turned his life around prior to being released conditionally for good behaviour in 2010. Since his release, he has gone on to become a well-known TV personality, with his own show, Un Crime Parfait.

The former hoodlum will co-direct with Jean-Francois Hensgens. The film stars Olivier Gourmet, Kevin Janssens, Lubna Azabal, Bouli Lanners and Natacha Regnier. Versus is co-producing with Capture The Flag and Savage Film.

Versus is also preparing Duelles, the latest feature from Olivier Masset-Depasse (Illegal), an intense psychological drama that will star Veerle Baetens and Anne Cousins. It will be produced by Jacques-Henri and Oliver Bronckart for Versus together with Carole Scottia for Haut et Court.