The Indian company will show the titles, totalling 49, as part of an NFDC film festival. 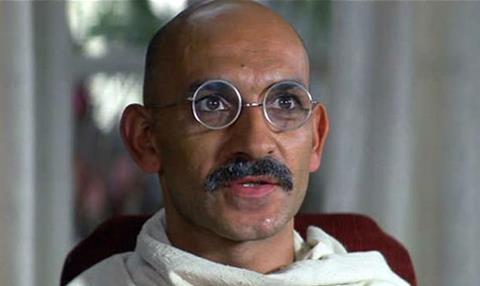 The deal includes classics such as Gandhi [pictured], starring Ben Kingsley, Mira Nair’s Salaam Bombay and Ketan Mehta’s Mirch Masala, along with more recent titles such as Anup Singh’s Qissa, which premiered at Toronto in 2013, and Gyan Correa’s The Good Road, India’s official submission to the 2014 Oscars.

Zee Classic is planning to broadcast the titles in an ‘NFDC film festival’ running for couple of months from July. NFDC has also licensed a package of titles to India’s Epic channel and is closing deals with OTT platforms.