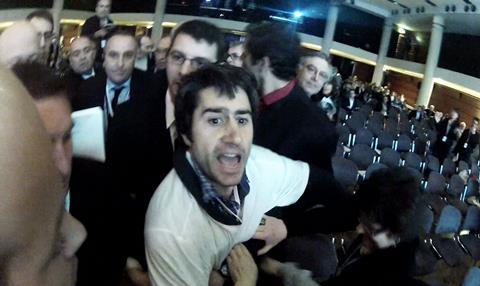 Paris-based distribution and sales company Jour2fête has secured several deals on documentaries about the use of foreign labour and the life and work of photojournalist Robert Doisneau.

Both Merci Patron! and Robert Doisneau: Through The Lens screened here at the Cannes Market and have sold to South Korea (Jinjin Pictures), Brazil (Fenix), Spain (Avalon), Canada (Funfilm) and Portugal (Midas Filmes).

Merci Patron!, which has recorded more than 450,000 admissions following its release in France, has also been acquired for Benelux (O’Brother), Switzerland (Look Now!) and Spain (Compacto Cine).

The film, directed by journalist François Ruffin, is critical of the practice of outsourcing French jobs to foreign labour, and in particular it is critical of one of France’s richest man, Bernard Arnault, chairman and CEO of the luxury goods conglomerate LVMH.